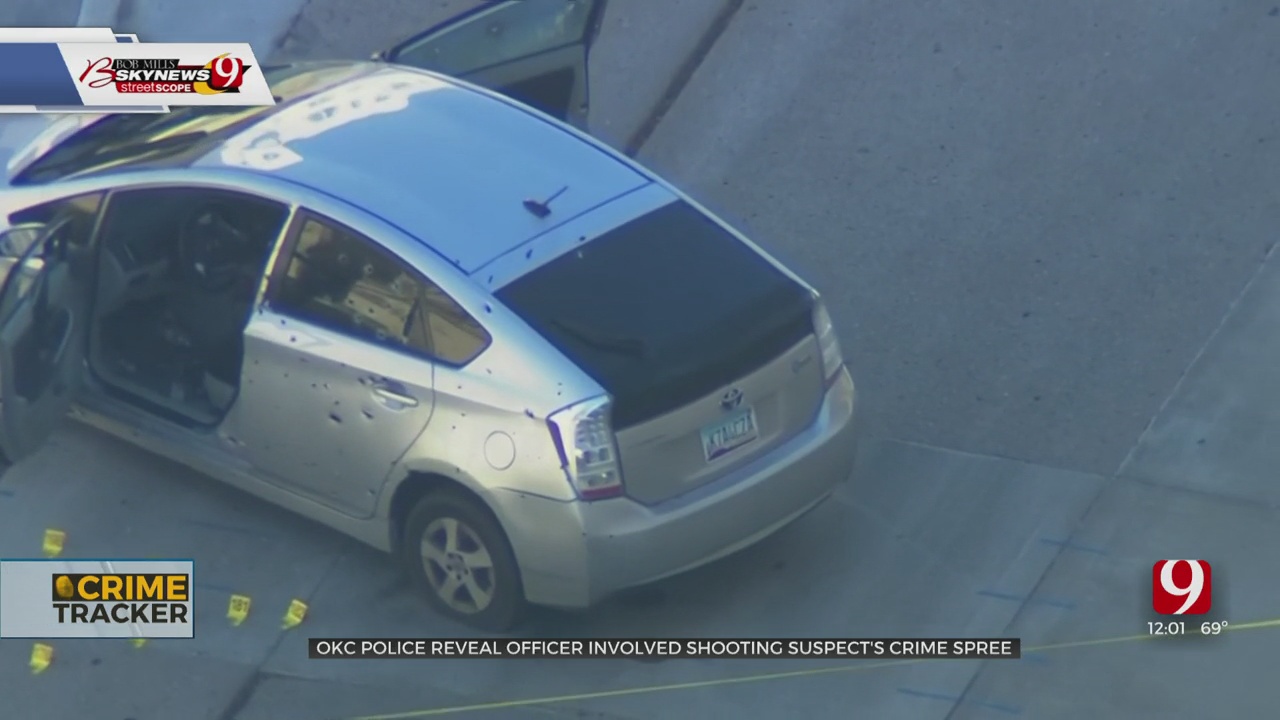 Oklahoma City police confirmed Thursday that the man killed in a shootout with police was the suspect tied to an Amber Alert earlier this week.

Nine officers of differing rank were involved in the shootout with Milburn. One of them was shot in a bulletproof vest but is expected to survive.

Police records said Milburn was involved in a Tuesday morning physical altercation with Shatica Hixon, his 23-year-old girlfriend. During the altercation, Milburn shot and killed Hixon. He left the southeast OKC residence with 14-month-old Zyla Milburn. The owner of the residence discovered Hixon's body and called police.

Friends and family of Hixon told News 9 she was also eight to nine weeks pregnant.

Milburn took the child to a family member located on the city's southwest side. An Amber Alert was issued for Zyla Milburn, who was later placed into prospective custody in Love County. Officers said the child was not harmed.

OCPD's pursuit of Milburn began when it first responded to a shooting call around 11 a.m. in southwest Oklahoma City. Documents said Milburn stole a pickup truck owned by a local business. The truck, which was equipped with GPS tracking, was found unoccupied by an employee of the business. When the employee approached the truck, Milburn appeared from behind a tree and shot the employee. The employee, identified as 34-year-old Stephen Huskey, died from his injuries after he drove down the street and crashed into a tree on Southwest 95th Street.

Milburn left the scene with the truck and robbed a juvenile at gunpoint. He also stole the juvenile's gold Toyota Avalon.

Authorities later learned Milburn might be planning a return to southwest Oklahoma City in a silver Toyota Prius. Police later stopped a Toyota Prius just after 4 a.m. Wednesday near the intersection of Southwest 104th Street and South May Avenue. Milburn was the driver of the vehicle which initiated the pursuit that led to downtown OKC.

OCPD said the investigation is still ongoing during a Thursday morning press conference.