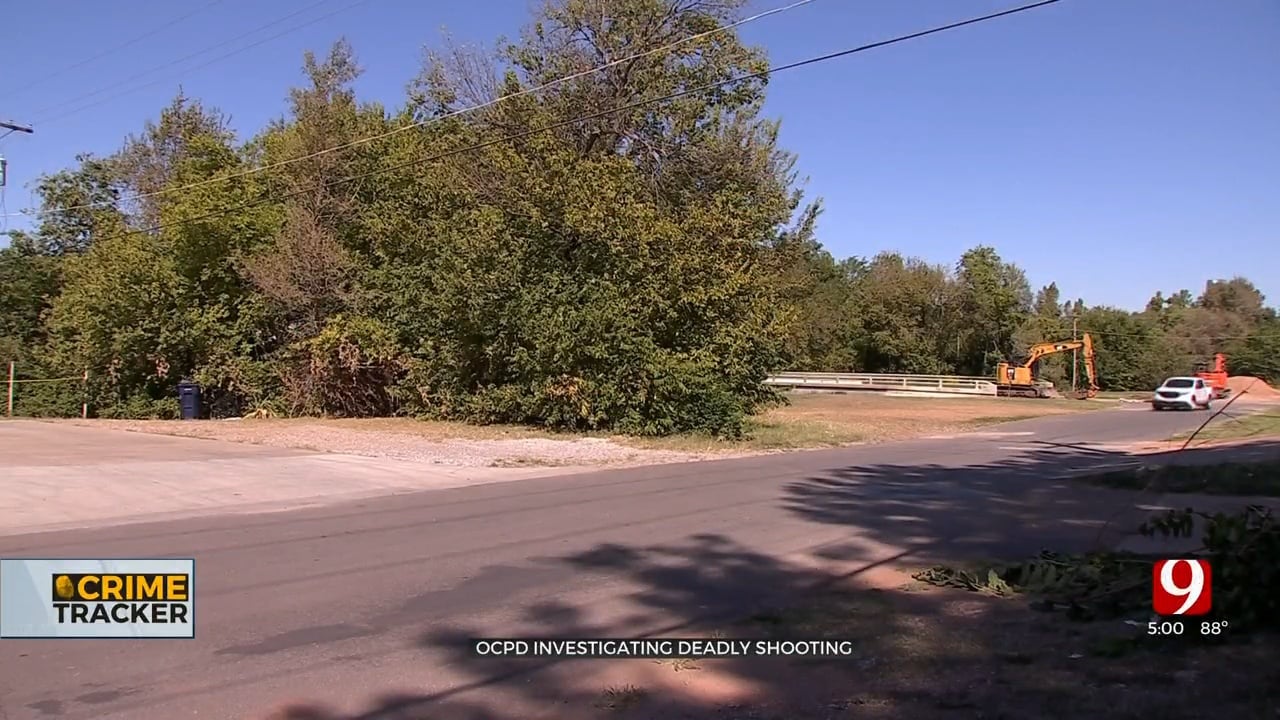 Oklahoma City police are working to identify and track down a suspect in connection to a deadly shooting.

Officers found a body on Tuesday inside a tent on the southeast side of the city. Investigators have not released the victim’s name, pending next-of-kin notification.

“It was just, ‘Boom!’” an unidentified neighbor said. “It was overly loud and even lasted for a couple seconds.”

What the neighbor heard down the street from her home was not an explosion but a gunshot. The sound came from a homeless camp near Southeast 27th Street and Santa Fe Avenue.

“We were called there for a welfare check,” Oklahoma City Police Department Sergeant Dillon Quirk said.

Police at the scene said a woman led officers to a body inside a tent.

“They found one person inside a tent there deceased with injuries consistent with homicide,” said Quirk.

A neighbor, who wanted to remain anonymous, said she was not surprised the camp is now under investigation for murder.

She said there were often loud fights and said she had seen at least eight people living there.

Police said investigators were at the scene into the morning hours collecting evidence and speaking to possible witnesses.

“It’s early in the investigation,” said Quirk. ‘Trying to figure out exactly what happened.”

While investigators look for the suspect and a weapon, the neighbor is sure of what she heard.

“It was obvious to me it sounded like a shotgun,” the neighbor said. “Like a very powerful shotgun.”