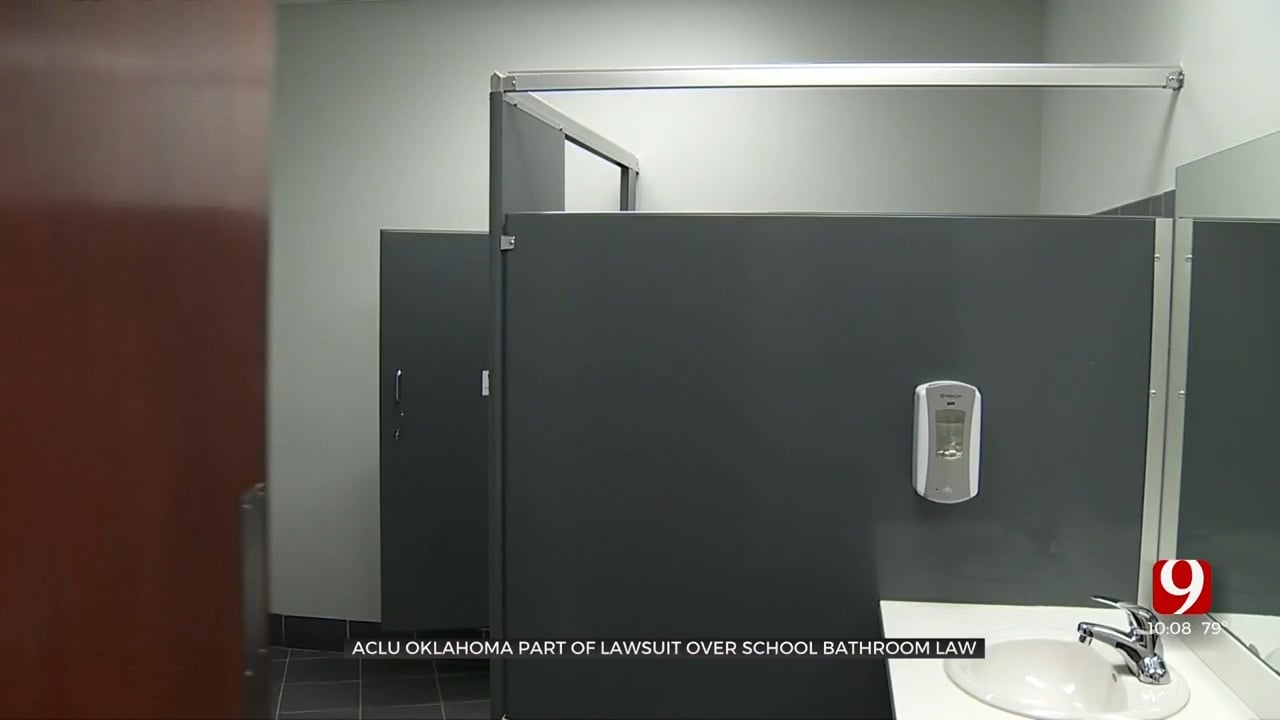 The state and several state officials are facing a lawsuit from the ACLU of Oklahoma, the ACLU and Lambda Legal over Senate Bill 615.

“It’s a law that bans all transgender students in Oklahoma from using the school restroom that is consistent with their gender identity,” said Nicholas Guillory, a Tyron Garner Memorial Law Fellow with Lambda Legal.

The 42-page Federal Lawsuit is challenging the enforcement and implementation of the Senate Bill. Lambda Legal said the law is unconstitutional and violates the Equal Protection Clause under the Fourteenth Amendment and Title IX.

The lawsuit is filed on behalf of three Oklahoma students.

“The Supreme Court has made it clear that discriminating against someone because they are transgender is prohibited sex discrimination under the law,” said Guillory.

The court document said the Oklahoma legislative session and the 2022–2023 school year “brought a cruel and harmful burden targeting Plaintiffs simply because they happen to be transgender.”

OKCPS said in a statement, “At this time, OKCPS has not been served with the lawsuit in question, therefore we have not had time to review or analyze the matter.”

News 9 also reached out to Harding Independence Charter District and are waiting to hear back.

“Transgender people specifically transgender youth have really been targeted in almost every single state across the country, especially in Oklahoma. Where this is the third bill targeting transgender folks,” said Guillory.

The suit is also against The Oklahoma State Department of Education, its board members, and State Superintendent Joy Hofmeister.

OSDE told News 9, “We don’t have a statement about the lawsuit as it is pending litigation.”

“While there hasn’t been a decision in the 10th circuit, where Oklahoma sits, there have been decisions in multiple other circuits that cited in favor of trans students, so we know the law is on our side,” said Guillory.

One of the transgender students in the suit says he has always used the boy’s bathroom without any issues.

A different story this year as he returns for his senior year.

“We know that being able to use the restroom that aligns with his gender identity is vital to his transition,” said Guillory.

The Attorney General is also a defendant on the federal lawsuit. We reached out for a comment and have not heard back.