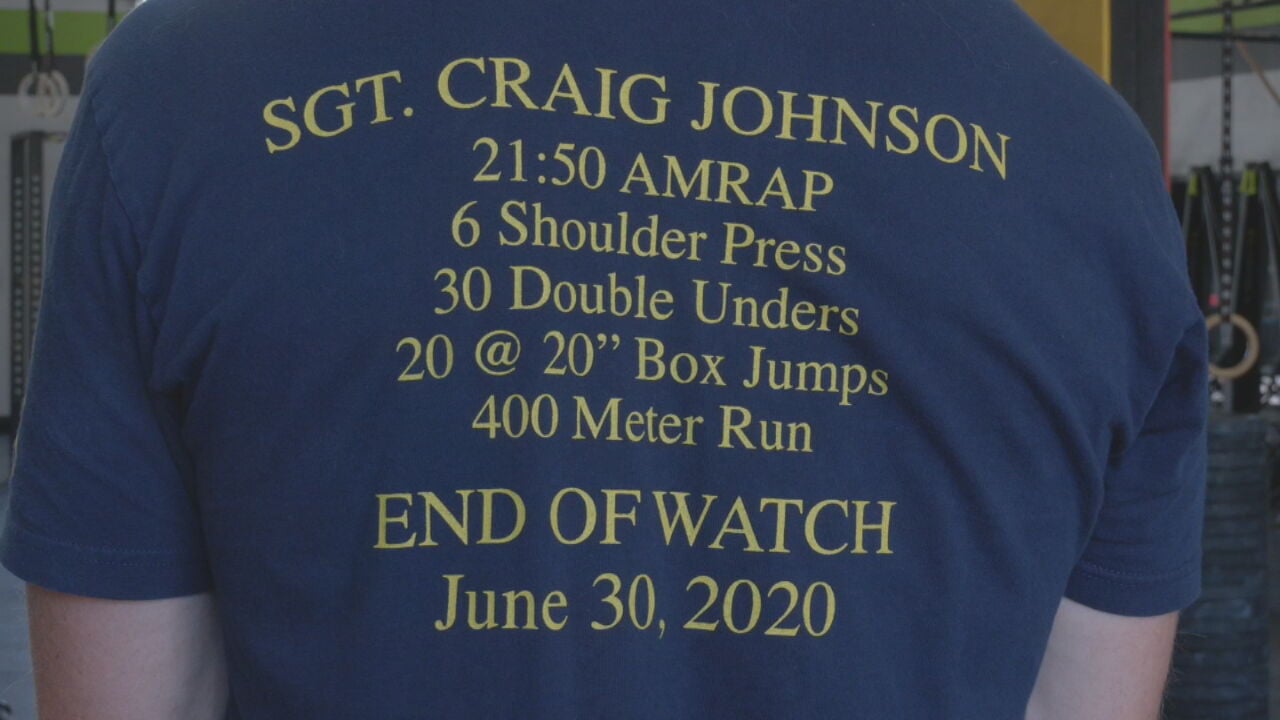 Many Oklahomans are honoring Tulsa Police Sergeant Craig Johnson, who was killed in the line of duty on June 30 two years ago.

Sergeant Johnson was shot three times during a traffic stop.

Johnson and officer Aurash Zarkeshan were trying to get David Ware out of his car, but he refused. When they tried to get Ware out of the car, he started shooting at them.

Some of Sergeant Johnson's former coworkers came together Thursday to remember his life and contributions to the Tulsa Police Department.

Tulsa Police Sergeant Chris Butterfield said he was at the gym when he learned Sergeant Craig Johnson was shot.

“I actually was here at 6 a.m. when I got the news, and like every other officer in Tulsa, I left and went right into work and started searching for the suspect,” Butterfield said.

Butterfield said he remembers Johnson as a team player.

“He had a great reputation as being a really easy guy to work with and brought people together, that kind of guy,” Butterfield said.

Sgt. Johnson was bringing people together in a different way Thursday.

Crossfit Jenks Owner Breck Berry said his gym is taking on the challenge of a HERO workout.

“It’s for fallen soldiers, police officers, firemen, someone who has died in the line of duty,” Berry said.

This one was designed by TPD with the idea that each rep has significance, including working out for 21 minutes and 50 seconds, the same number on Sgt. Johnson's badge.

“This is actually special to us because it's a local hero,” Berry said.

Berry said around 100 people will participate in Thursday's memorial workout. Many of them saying they are proud to do something in Johnson’s honor.

The owners said they plan to do this workout every June 30 so they can continue to remember and honor the life of Sgt. Craig Johnson.