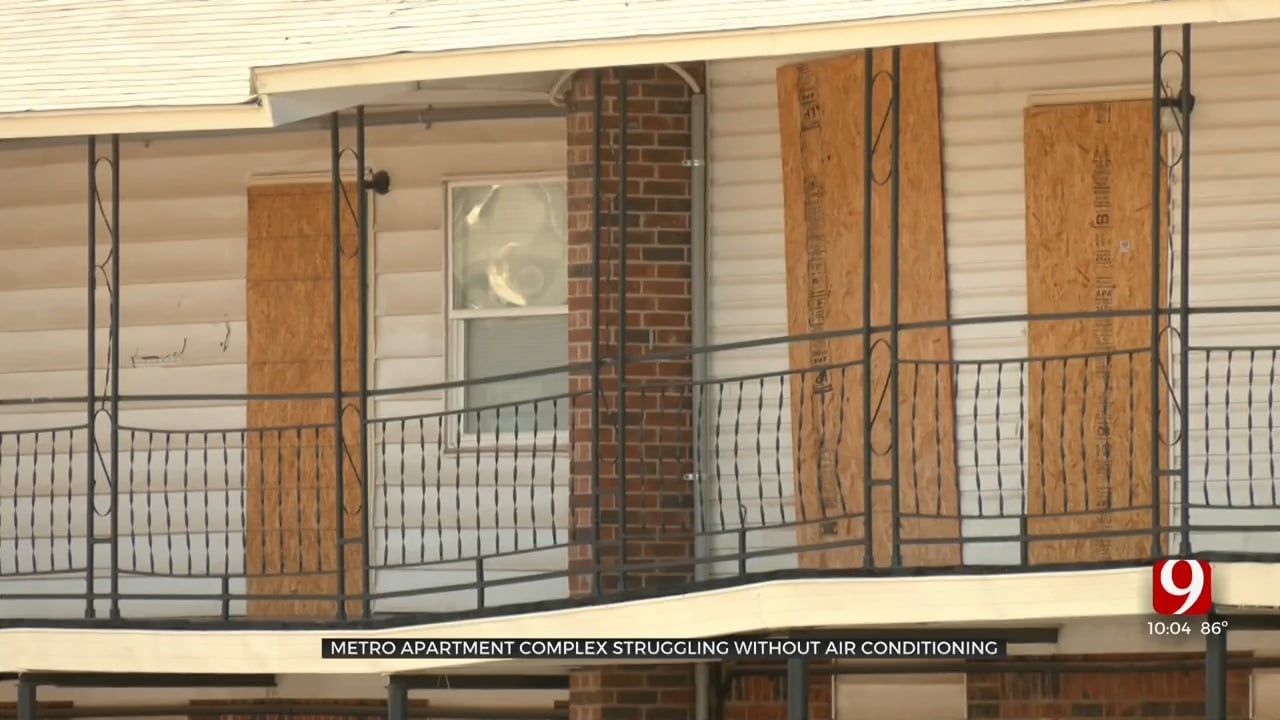 Multiple residents of Creekside Apartments, a complex in South Oklahoma City, say their utilities have broken down repeatedly, including an ongoing outage of the central air system.

“One of them has been off at all times,” said Rebecca Stevenson, a resident since 2020. “Either gas, electric, water, A-C, heat. I haven't had heat in the Winter. I haven't had A-C in the Summer. Most of the time I've lived here, I haven't had plumbing or water.”

“Sometimes I'll take a cold shower and try to cool off and hope for the best,” said resident Michael Milligan.

Five other residents, who declined an interview for this story, told News 9 their units have been without air conditioning for months.

Temperatures in Oklahoma City the past week have been above 90 degrees, with heat indices juggling 100 degrees Fahrenheit.

“We shouldn't be living like this,” Milligan said. “I tell them (apartment staff) every time I see them. Or my roommate will put a work order in to say we need A-C.”

The complex has been owned by Capital Homes Investments, based in Salinas, California, since 2019. CEO Jose Belman said in a phone call with News 9 that the building does not have any open work orders regarding the air conditioning.

“You got to understand, when you’re bothering tenants to pay their rent, it bothers them,” Belman said. “So, what happens? They’ll find a reason how to – how to send a little more pain to me. So that’s really what’s going on.”

The living conditions at Creekside have inspired Rep. Mickey Dollens to plan legislation proposing anti-retaliation laws—which are meant to protect tenants who report broken utilities or other issues to their landlord.

“We're only one of six states in the entire country that does not have anti-retaliation laws,” Dollens said. “These out-of-state landlords who have never seen the properties in person neglect and take advantage of Oklahomans.”

The Oklahoma City government this week boarded up “multiple units” of the complex that were deemed unsecured, according to a city spokesperson.

The city also is seeking bids from contractors to demolish one dilapidated structure of the complex.