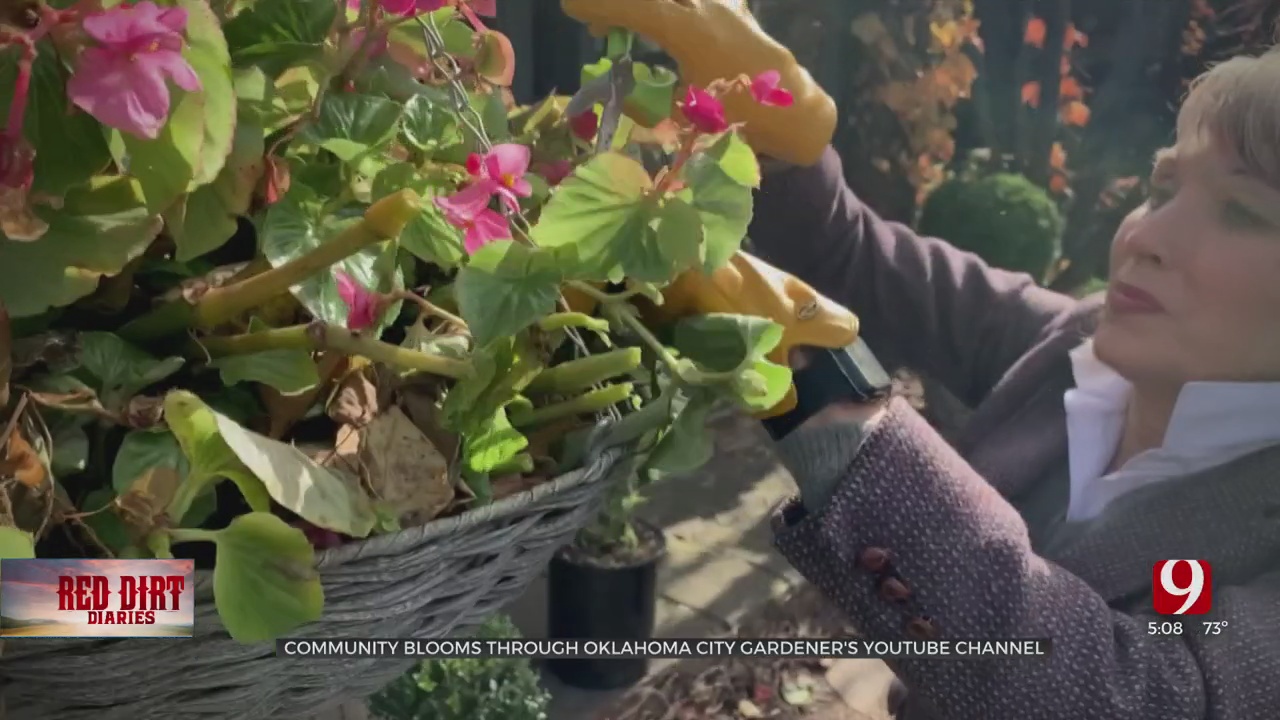 Oklahoma City’s Linda Vater has turned her YouTube channel into a hit worldwide thanks to gardening.

“I try to be a gardening evangelist, because gardening has done so much for me,” said Vater.

Vater is being recognized as part of the United States of YouTube campaign.

She and her photographer put together around four new videos each week to offer gardening advice.

Many of the videos are shot in Vater’s lush backyard garden which has been featured in magazines. Other videos are tours of neighbors’ yards.

“You may not have anything in common with somebody, but you both want to grow really great tomatoes,” said Vater.

Vater's YouTube channel now has nearly 120,000 subscribers in about a year and half.

Vater’s channel really started to bloom after much of her garden broke during the October 2020 ice storm.

“It’s happened to me, too, so let's recover together. Let's take it one step at a time and that hand holding was really beneficial,” Vater said.

“For a month, two months, there were continuous storylines,” said photographer Stewart Perryman.

Perryman shoots the video using an iPhone and doesn’t use any fancy effects while editing.

“I’m hoping that the authenticity comes through,” said Vater.

“It’s unbelievable how many people from all over the world say stuff,” said Perryman.

Vater now has her own product line.

”QVC found me. Who knew?” said the Oklahoma City resident.

Vater also has a gardening book coming out in the spring.

“I try to convene that this doesn’t happen overnight. It happens in small steps over time and come along with me on a journey that is a garden,” said Vater.