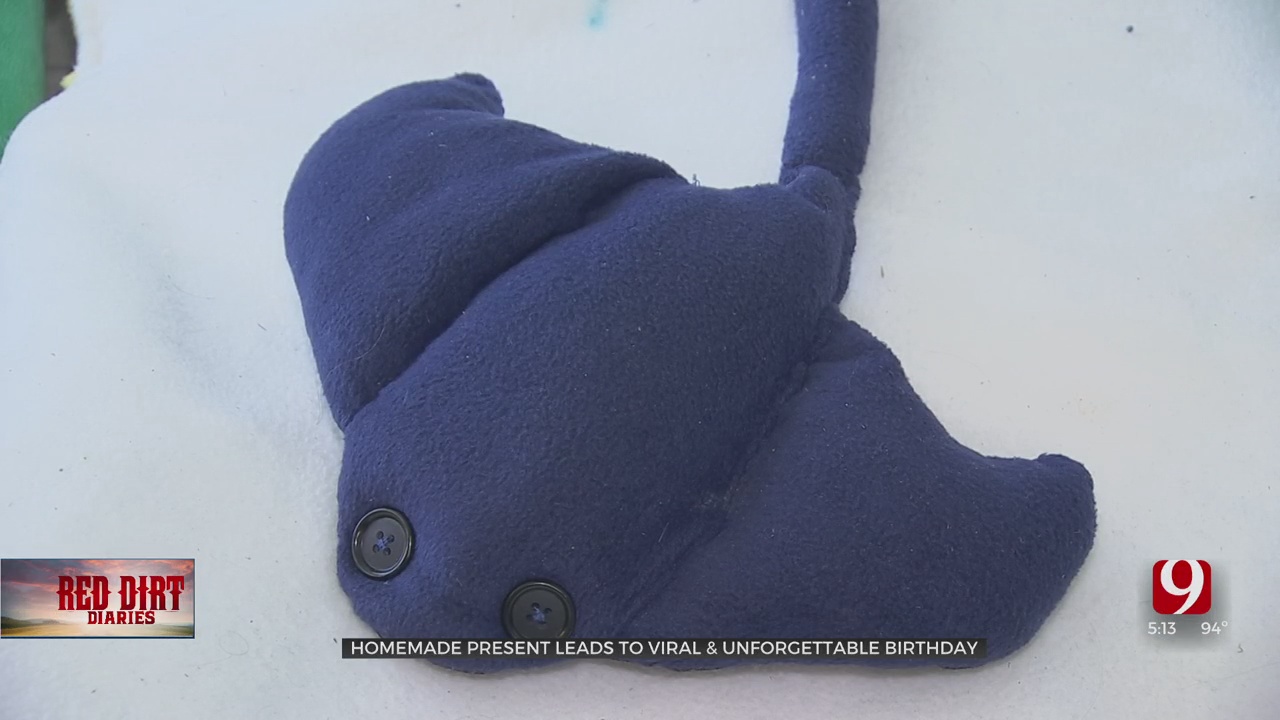 A single mother of four has been overwhelmed by the show of support after her post about a hand-sew birthday present went viral.

“We’ve been through some really had times,” Holloway said.

Instead, Holloway made the stuffed animal with an old blanket and used hand sewn buttons for the eyes.

“I was really proud of it,” said Holloway.

She posted a picture of her work on Reddit.com to inspire other parents who may be struggling as well.

“I got this overwhelming reaction of support,” said Holloway.

She began receiving emails from people wanting to help.

Soon, boxes of stuffed animals for Jonas started arriving from around the world.

Someone paid for a family trip to go to the Oklahoma City Zoo.

Sea World has now reached out about a possible trip to Florida to see real manta rays.

“There are people out there who do care and will support you and uplift you even in your lowest point,” said Holloway.

Holloway said she plans to donate a portion of the GoFundMe money and many of the stuffed animals to OU Children’s Hospital.