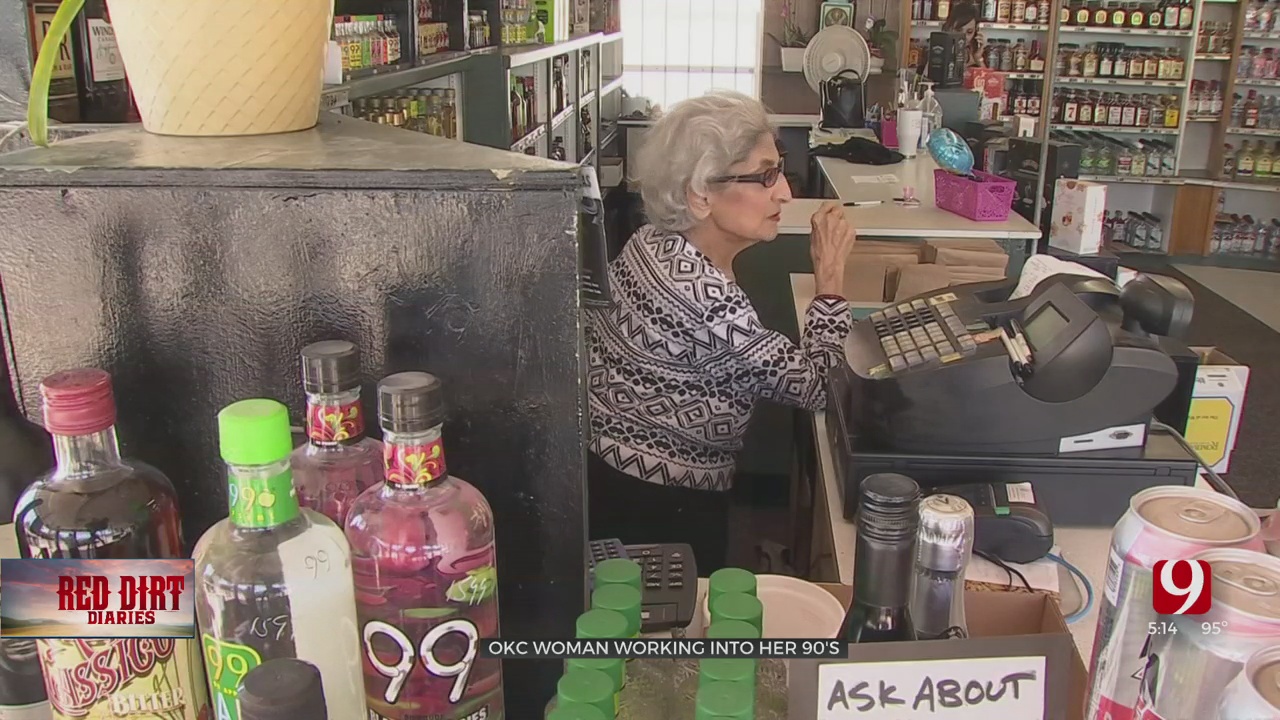 Imogene Naifeh opened the Linwood Package Store at 1529 Linwood Boulevard in 1968 with her husband.

Up until the pandemic, the now-95-year-old had missed only three days of work.

One for her husband’s funeral in 1974 and two other days after undergoing carotid artery surgery.

“Every day is a blessing. Every morning, I get up, I say a prayer, and thank God for another day,” Naifeh said.

Liquor stores can be targets of crime and Naifeh has been robbed over the years.

The store has security bars that remain locked. These days, Imogene does about 90% of her business through the bars.

Regulars she knows are allowed in the store.

But after more than 50 years in business, Naifeh has earned the respect of the neighborhood.

“A lot of the guys, they feel an obligation to protect her,” said Rick Naifeh, Imogene Naifeh’s son.

Imogene Naifeh works six days a week. The pandemic has meant cutting down her hours at the Linwood Package Store.

When the place is open from 9 a.m. to 2 p.m., Imogene Naifeh is there working.

Rick Naifeh said they thought about moving the store to another area of a town, but his mother wouldn’t budge.

“Changing that was not in the cards. So here we are,” said Rick Naifeh.

The Naifeh family helps out at the store and finds comfort in believing it’s the secret to Imogene Naifeh’s longevity.

“Being here keeps the brain working. Keeps you around people. You don’t get bored. You are doing something. As long as I’m able to come, I’m going to come,” Imogene Naifeh said.