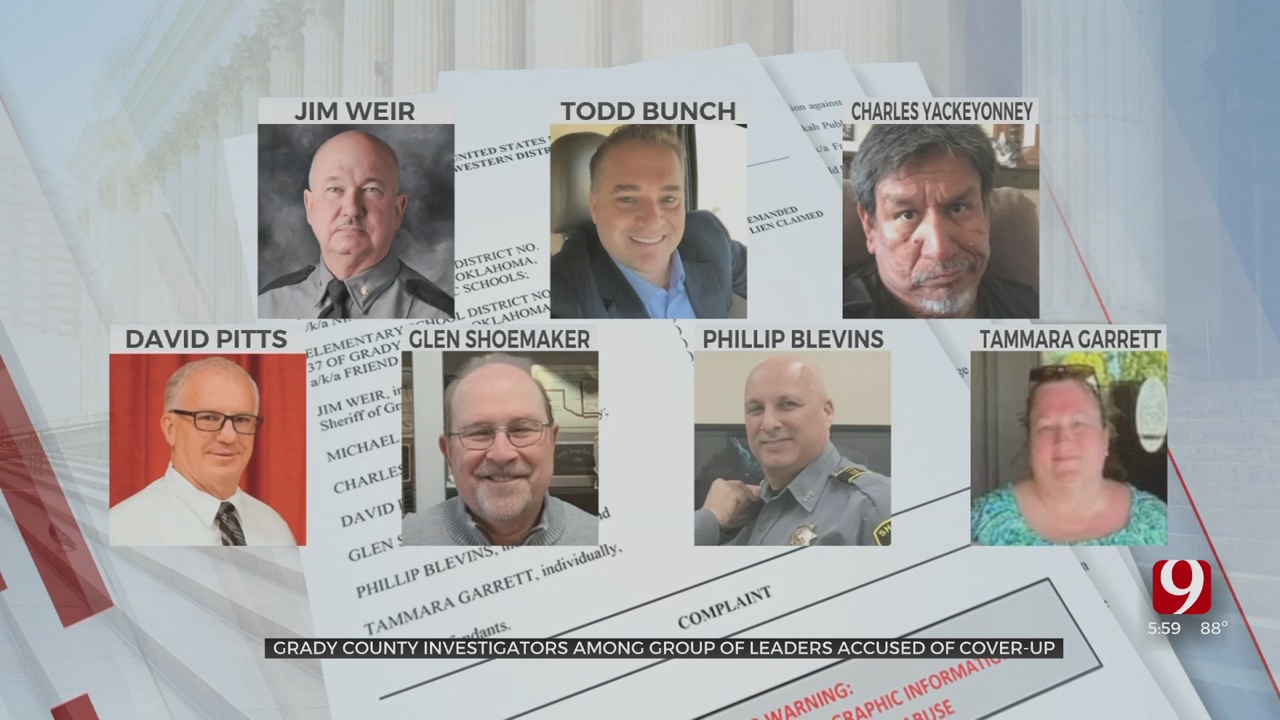 Jane Does 1-12 filed a lawsuit in federal court with allegations of sexual abuse and harassment by a girls’ basketball coach at the Ninnekah and Friend Public Schools, stemming from 2009.

News 9 obtained a copy of the sheriff’s investigation in Grady County.

It seems many people in Ninnekah had at least heard rumors about girls’ basketball coach Ronald Gene Akins, who led the team from 2014-2021.

He was arrested in June for sex crimes against several students and more victims continue to come forward.

We’re told he is new to the case.

Grady County sheriff and former deputy Phil Blevins have been named as defendants.

The details revealed in interviews are stunning.

Akins coached the girls for years. Some girls who were interviewed or gave statements describe incidents of grooming beginning in middle school.

Principals, the superintendent, the athletic director and Title IX coordinator, the chaperone of the girls basketball team, are all accused of looking the other way in a lawsuit filed Friday in federal court.

There are two separate incidents named in the lawsuit where girls who talked about Akins were reprimanded.

In the 2016-2017 school year, the lawsuit said Middle School Principal and Athletic Director Glen Shoemake had two Jane Does, who called Akins a ‘pedophile,’ -- write an apology to him.

In 2017-2018, rumors at Ninnekah Public Schools continued. Girls on the basketball team were accused of repeating rumors about Akins, so High School Principal David Pitts held a meeting with members of the team.

He is reported as saying “False accusations can ruin someone’s reputation,” in the meeting.

Girls who were interviewed said they were asked if there were issues with Akins, but he was in the room for that meeting, so no one came forward.

At the Grady County Sheriff’s Office -- questions remain as to why the sheriff and Blevins failed to follow up on certain reports.

A 2015 report by a female student was investigated, but charges were never brought.

Documents reveal the victim's 2015 report cannot be located in the office at this time.

In the lawsuit, Akins is accused of sexting, sexual harassment, and sexual abuse.

Just days after he was arrested in June, he made bail.