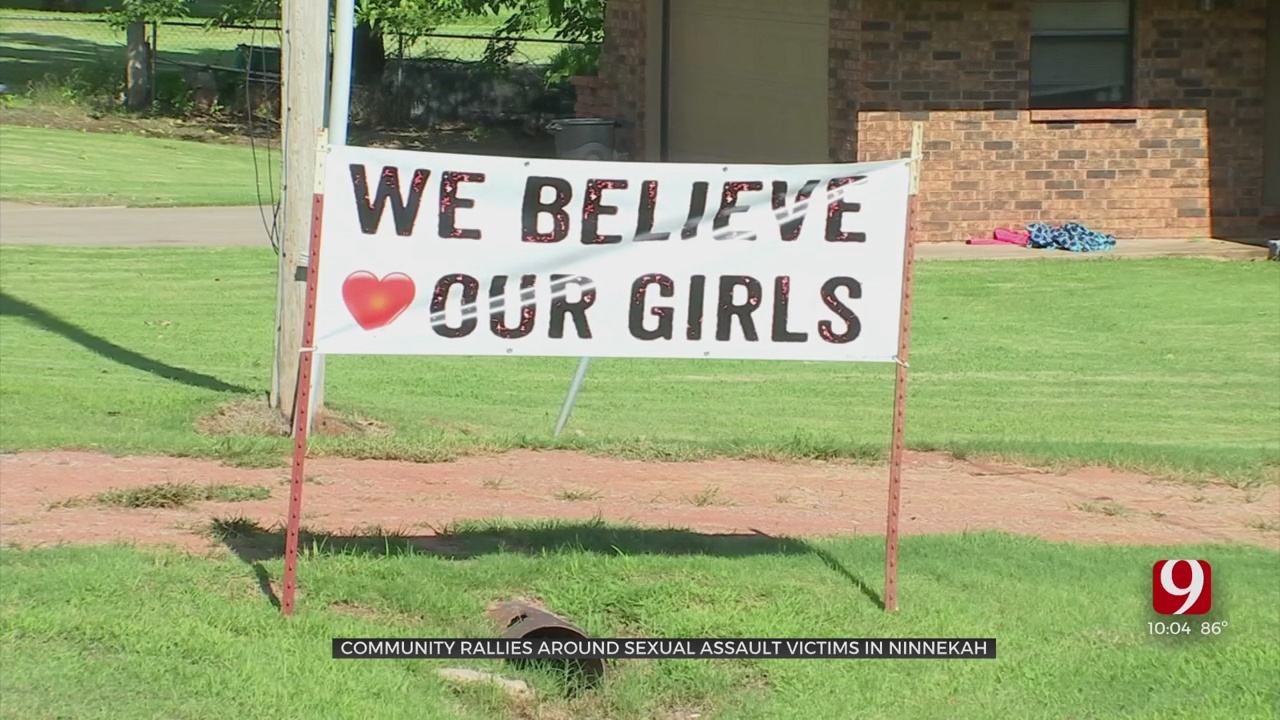 Thursday was an emotional night for many in Ninnekah. Multiple parents and former athletes that came forward said they felt alone for years.

“Showing them that we do believe them, and we are behind them, and we will do everything to lift their voices,” said Shelby Ross, a Ninnekah Public Schools’ parent.

“Had he been given more power, more access, we would have much more victims and we probably would not have heard about this for many more years,” said Ross.

Akins is accused of preying on children for years, groping, kissing and sexting them.

“It just breaks our hearts that these children did not feel safe enough to come to any of us because they didn’t think that they would be believed or that anything would come of it,” she said.

Grady County Undersheriff Gary Boggess got emotional as he encouraged members of the community to come forward with any information.

“I can’t even imagine what a lot of you all are going through. If you know anybody, come forward and let’s talk. We need to put a stop to this,” said Boggess.

The goal of the meeting was to offer resources for victims and encourage community members to speak out at the next school board meeting.

“We just wanted a safe space for our community to come together and like I said put our heads together and think of what we can do for our children,” said Ross.

Parents at the meeting said they did not invite anyone from the school district because they wanted to create a safe space.

News 9 reached out to the district; they have no comment at this time.

The undersheriff said this is a priority case.