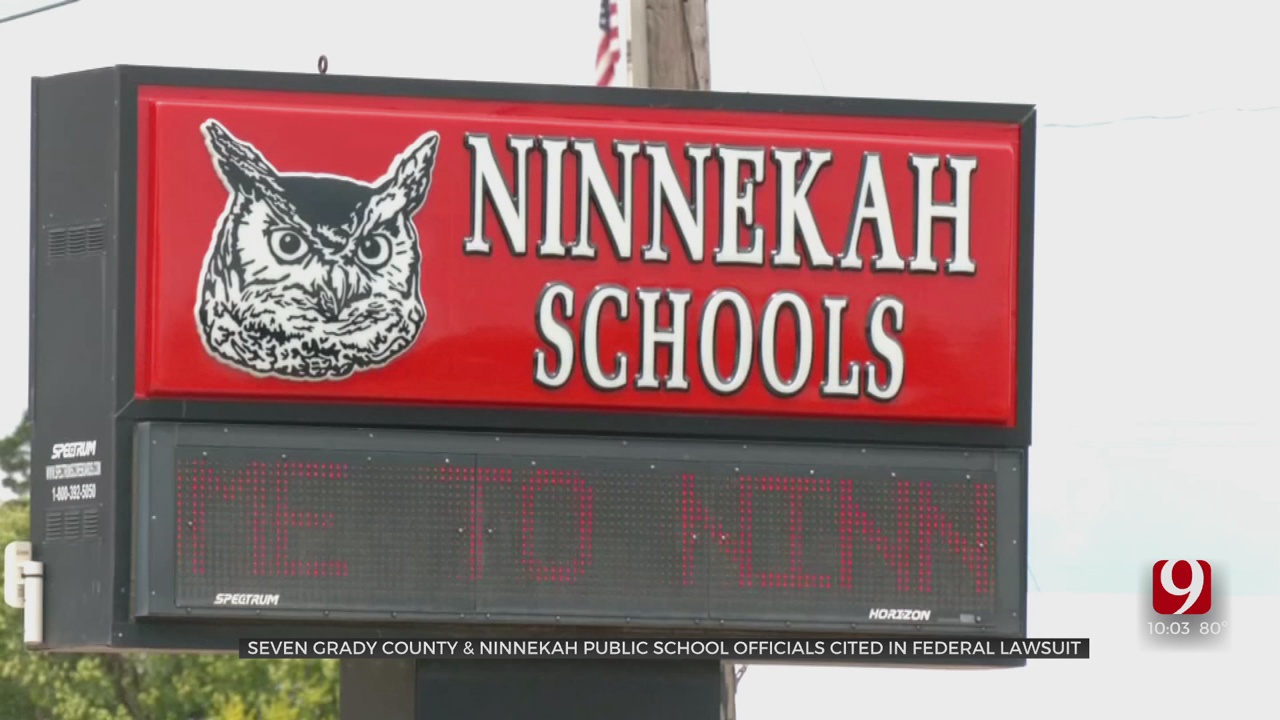 Twelve "Jane Does" filed a federal lawsuit Friday alleging the Grady County Sheriff, and some administrators and staff at two local schools failed to respond appropriately to years of sexual misconduct by a Ninnekah girls basketball coach.

Akins was arrested in June for rape by instrumentation and sexual battery complaints.

He made bail several days later and was released.

Court documents say at least a dozen young women have experienced harassment by Akins in Grady County schools since 2009, while law enforcement and the schools failed to protect them.

These are the defendants named in the case:

"Jane Does" one through 12 allege these individuals each are responsible for failing to address reports of sexual misconduct and intentionally inflicting emotional distress on the young women.

Akins is accused of “Isolating” students and “grooming” them by telling them he loved and had crushes on them.

The lawsuit accuses Akins of "physically and sexually touching students" and "making inappropriate sexual comments about their bodies.”

The lawsuit says "This behavior was frequent and Akins engaged in this behavior during the entirety of his time at Ninnekah Public Schools, 2014-2021."

The Oklahoma State Department of Education said they are investigating Ninnekah Public Schools and some staff for Title IX and licensure violations.

Attorney Cameron Spradling, who represents the plaintiffs, said anyone who wants to report abuse by Akins can contact him at cameronspradling.com.

To read the court documents regarding the case. CLICK HERE.