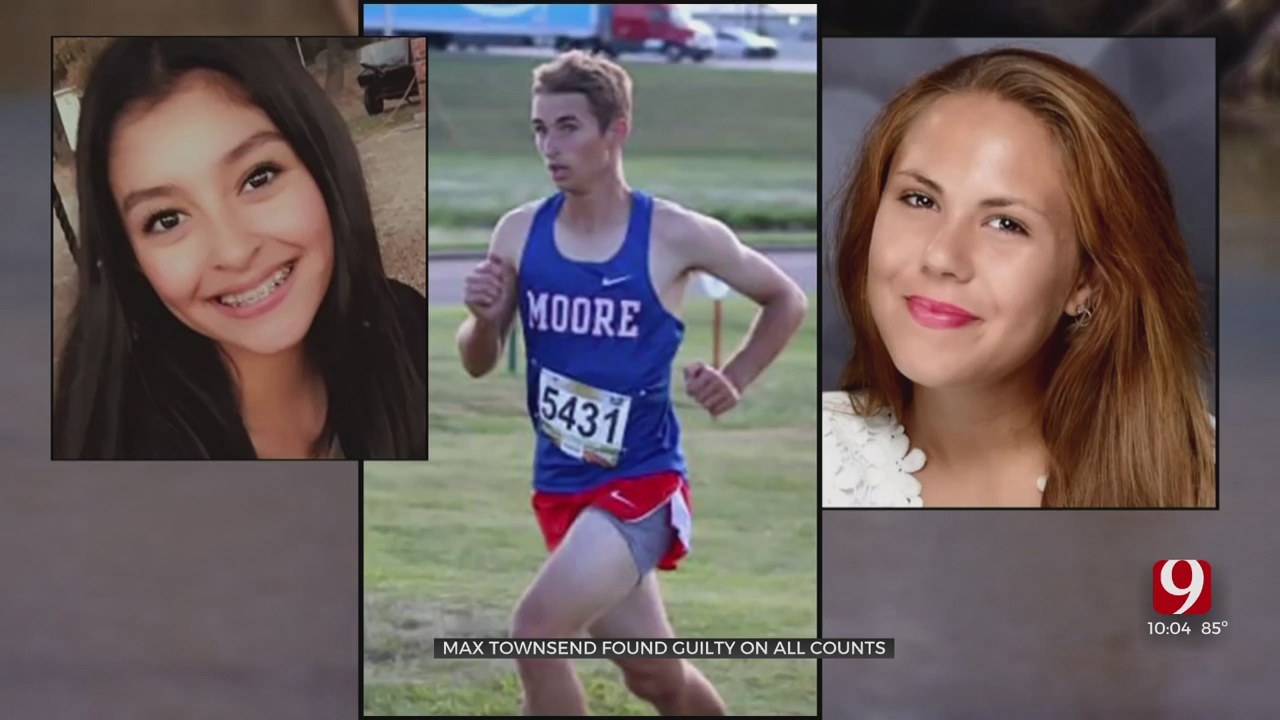 After a heated five-and-a-half-hour deliberation the jury came back with a guilty verdict across the board for Max Townsend.

The jury recommended max sentences on each charge which included three life sentences for each second-degree murder charge.

Three Moore cross country runners were killed in the crash, several others injured. The past two weeks of the trial have been brutal for the victims Townsend injured, and families of the students killed on February 3, 2020.

“Rachel loved and Rachel loved people,” said Jody Freeman, Rachel’s mom. “Anyone who ever met her would say Rachel is my best friend.”

Each parent of the three students who passed told News 9 how they want their kids to be remembered.

“Yuridia was a very happy girl,” said Erika Martinez, Yuridia’s mom. “She loved life and she loved helping those in need.”

Kolby Crum’s mom remembered him for how he would always put others first.

“Kolby is very sweet,” said Tansey Hellbusch, Kolby’s mom. “He always put others before himself, that was evident in his last words on earth, ‘go help the others.’”

The families of Rachel, Yuridia and Kolby said they were at the trial every day for their kids who couldn’t be there. They said justice was served Friday not only for their children, but their teammates who were also injured when Townsend hit them going 77 mph last year.

“I feel a huge weight lifted off of my shoulders,” said Hellbusch. “I am still sad I don’t have my son, but this is such a relief to close this chapter.”

Cleveland County District Attorney, Greg Mashburn, said this is a case unlike any they’ve ever tried. He said that mainly goes to the number of witnesses and evidence they had to introduce.

“It is one thing to look at the still photographs,” said Mashburn. “But, in the bodycams with this case, seeing those children in those positions and what they went through is just heartbreaking.”

In the end, Mashburn said everything they put into this case and presented to the jury was worth it for the verdict.

“It is despicable,” said Mashburn. “So, he deserves everyday he is going to spend for the rest of his life for it.”

Townsend’s attorneys expressed their condolences for the victims and their families. They said they are undecided if they will appeal.

Townsend’s formal sentencing is scheduled for August 19 at 2 p.m.