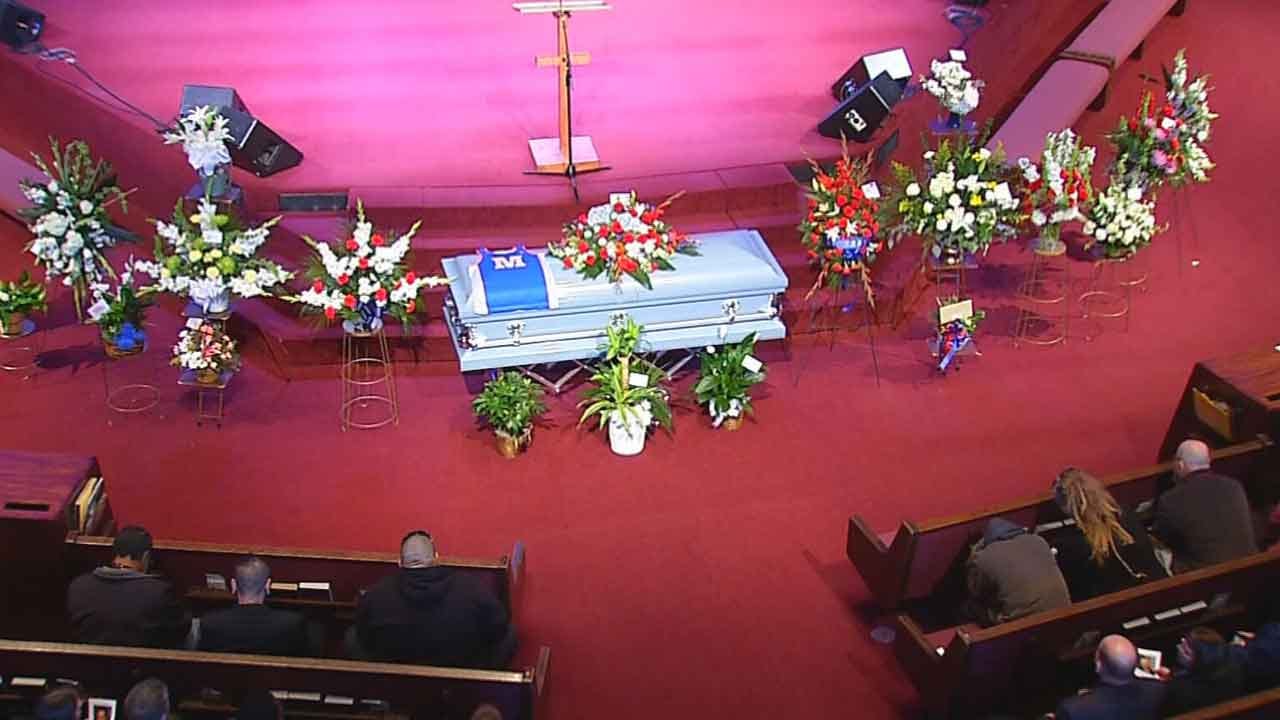 Kolby Crum was laid to rest on Thursday after he passed away on February 15 due to injuries he received after he was struck by a suspected drunk driver earlier this month.

“It is hard to come up with things to say when you are hurting and confused,” said Zach Longest, Kolby’s uncle.

Hundreds gathered to lean on each other for strength as they looked back on all the good times they had with Kolby.

“I remember coach would say Kolby this is not a race this is just a warm-up,” said Coach Stefan Seifried, Kolby’s cross-country coach.

Kolby Crum, along with Rachel Freeman and Yuridia Martinez, all passed away after being hit by a pickup truck driven by a suspected drunk driver who was going 30 mph over the speed limit near the school. In total six kids were hit.

Though this has been a difficult time, many say Kolby will never be forgotten and his legacy will live on forever.

“He will always be with us,” said Coach Seifried. “Walking the hall with us and running with us.”