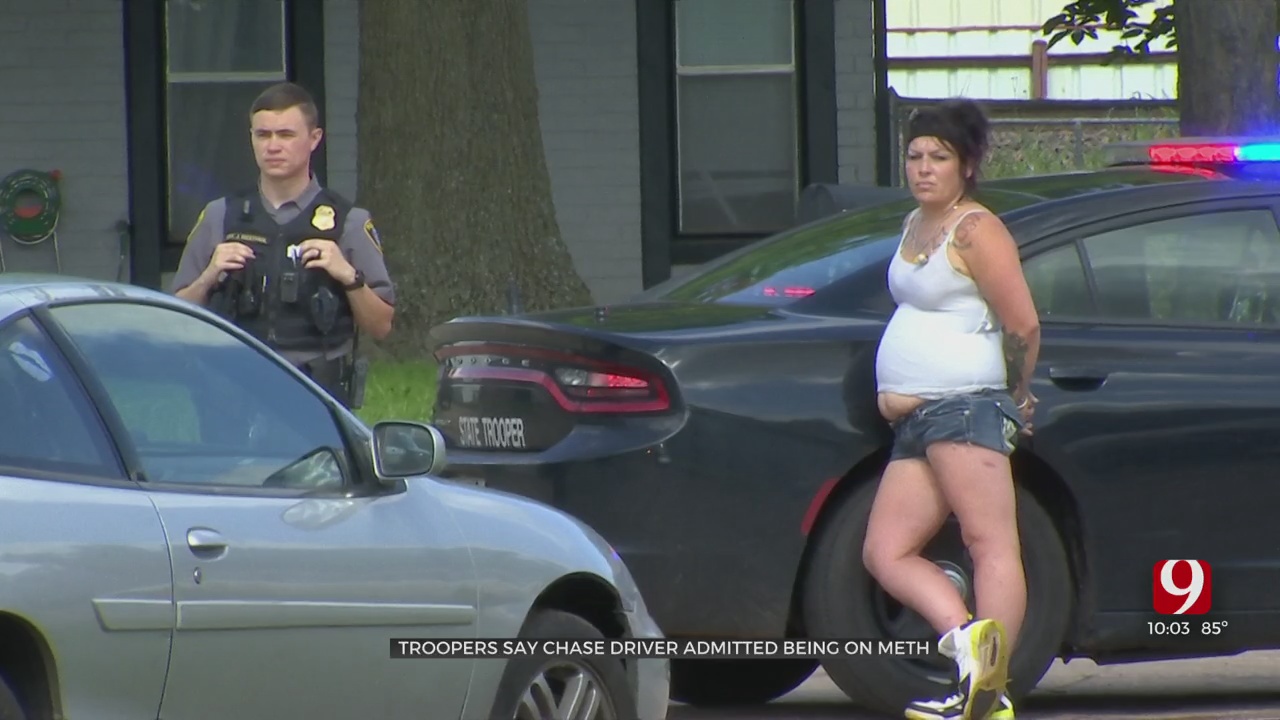 Cortney Doughty was charged Tuesday with seven criminal counts including endangering others while attempting to elude police, throwing an object from a vehicle, and leaving the scene of a crash.

“The pursuit began because she was already driving recklessly,” said Eric Foster of the Oklahoma Highway Patrol.

Troopers chased the white vehicle Doughty was driving from the intersection of Harrison St. and Mall Dr. in Pottawatomie County, through Oklahoma County before the arrest at a home in Moore.

According to the probable cause affidavit, Doughty told troopers after the arrest she had used meth for two days prior to the chase.

Foster said troopers believe she threw a checkbook containing fraudulent checks from the car during the pursuit, however, the allegation was not included in the charges filed this week.

Doughty struck at least three cars before stopping at a relative’s home, Foster said. She was arrested and is in custody at the Pottawatomie Public Safety Center on a $50,000 bond.

The passenger was arrested and released. Prosecuting attorneys in Pottawatomie and Cleveland Counties said Friday they are not pursuing charges against the passenger.