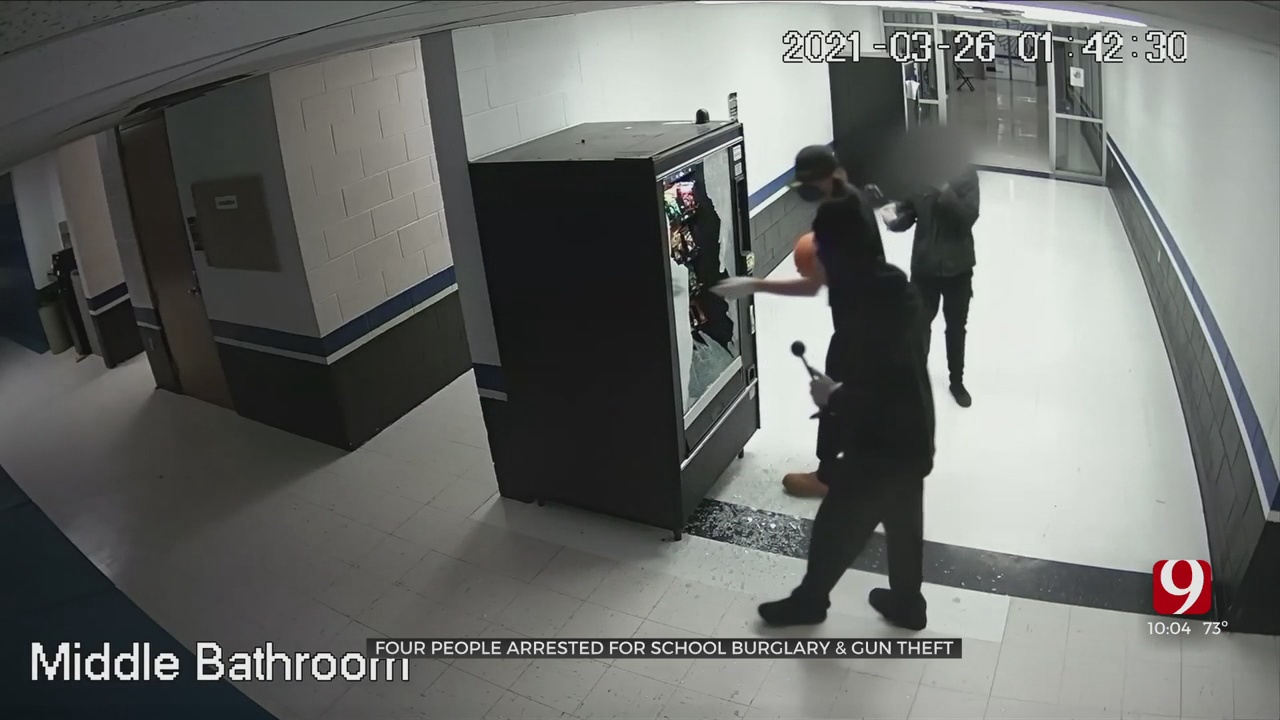 Cleveland County prosecutors charged three men and one juvenile Thursday in connection with a March 26 break-in at Little Axe Public Schools that left behind thousands of dollars in damage.

The total damage topped $4,500, Thomas said. The suspects also stole a handgun from an authorized staff member’s office, where it was stored.

“(The firearm) was definitely not out in the open. It was definitely tucked away. It was in a place where students would not normally find the gun,” he said.

All four suspects are former students of the district.

“It’s disrespectful to a school that they had went to,” Thomas said. “And the school had helped these kids a whole bunch.”

The group tampered with security cameras, broke a glass door and a vending machine, damaged a high school bathroom and more, according to Thomas. They were identified using school security cameras.

Frye told News 9 that he witnessed Nichols, Schlott and the juvenile enter the gym through an unlocked door. He said he waited outside because he disagreed with going inside.

“I was not involved in any of this damage,” Frye said. “I told them to take me home that night and they didn’t take me home. They kept on vandalizing the school.”

The juvenile suspect told News 9 that he broke a security camera and the glass door to the middle school.

Norman police recovered the stolen firearm the day after the incident. Thomas said the school doors and cameras have been repaired, but there is still needed repairs to the high school gym bathroom.

“They were here for over 4 hours,” Thomas said. “I can't believe how inconsiderate and how disrespectful that is.”