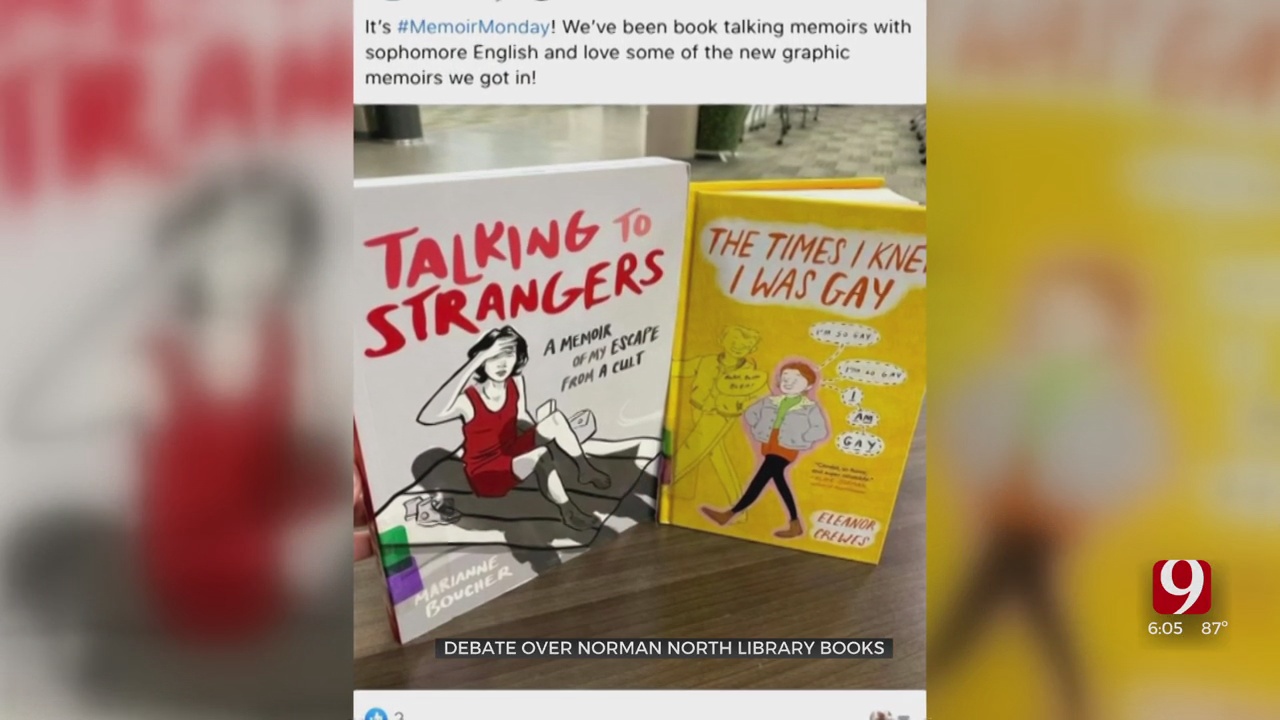 Some Norman parents are upset with books and social media posts coming from the Norman North High School library.

The controversy, even attracting attention inside the state Capitol.

The district told News 9 they stand by the posts, mostly coming from Norman North.

The displays focus on topics like the LGBTQ+ community, Black Lives Matter and women in government.

That's how the state senator, who represents the Norman Public Schools area, found out about the displays.

"Dozens if not hundreds of parents have contacted me," said Standridge.

"These schools are turning more toward indoctrination instead of education and it needs to stop," said Standridge. "These are taxpayer dollars."

News 9 did ask the district for an interview, instead they sent a statement.

"Norman Public Schools is committed to fostering a learning environment that is inclusive and welcoming of all students. Our libraries are essential to the learning experience in our schools and as such contain books and resources representing all topics and backgrounds. These social media posts are just a small part of all the different displays highlighted throughout the year.

As we always do, we would encourage any parent who has questions or concerns regarding their student’s school to reach out to us directly so that we can work together on a solution."

The state senator feels there is a clear leftist agenda.

"I don't think it's the school's job to promote things as a direct opposition to what the parents are teaching their children," said Standridge.

Q Space provides a safe space for Oklahoma LGBTQ+ young people. Crites had opposite reaction to the posts.

"When they talk about survival guide, almost half of transgender kids are going to attempt suicide by the time they are 25," said Crites. "So, it's a matter of life and death."

He feels withholding information is dangerous and some of the books on display are essential resources.

"Young people need to have these opportunities to be educated. and I think that's true for the larger community as well," said Crites.

The district wants any concerned parents to reach out directly.