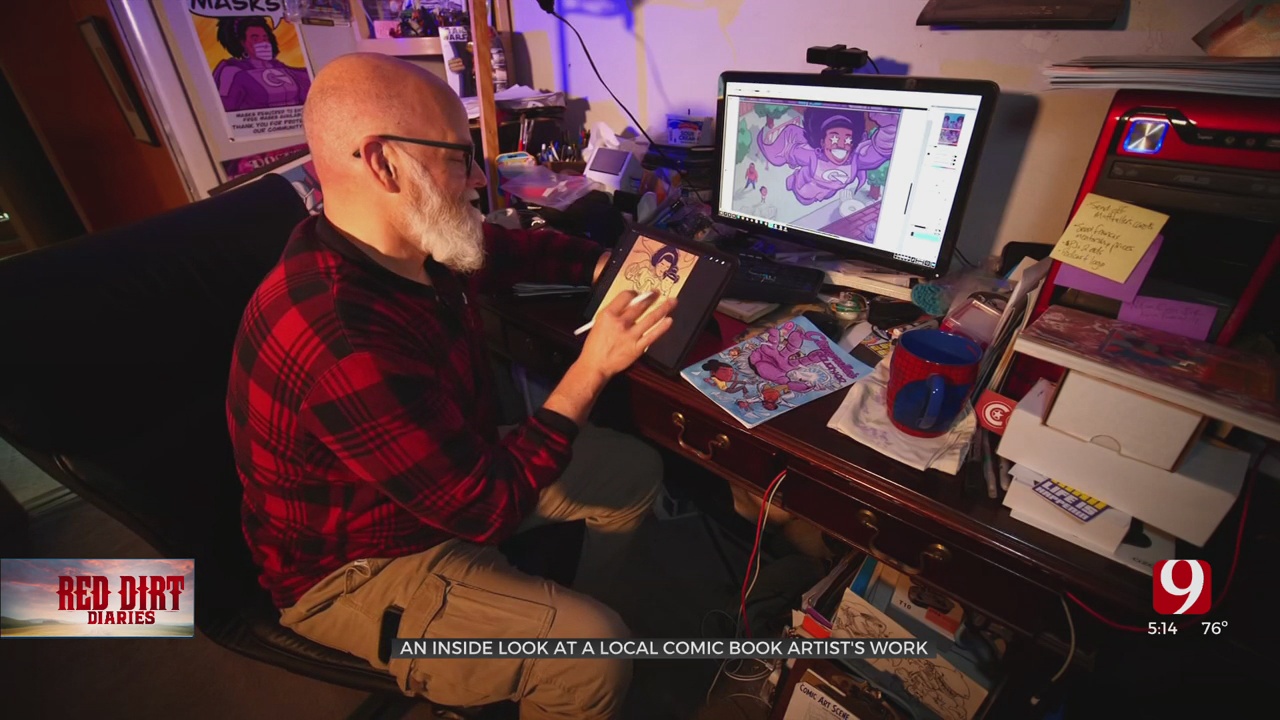 Comic books can spark a reader’s imagination -- taking them to places unknown.

But one local artist keeps his comic hero's grounded- with challenges we all encounter.

Don't get artist Jerry Bennett wrong, he’d like nothing more than to see his work go from iPad screen to TV stream.

“I would love to see a Netflix adaptation of Glamarella’s Daughter,” said Bennett.

Glamerella’s Daughter is the name of the comic book he created, that addresses issues you don’t necessarily find in between the pages of a comic book.

“It’s about a young girl on the Autism Spectrum. She is bright, super smart, genius kid and her mom just happens to be the defender of the earth,” said Bennett.

Bennett works with two authors to tell stories not so out of this world.

Like when young Comet's good friend happens to be undocumented.

“It messes with Glamerella’s social media and her optics,” said Bennett.

The second issue of the comic book is now being shopped to comic book shops nationwide.

“This is a very key moments for the comic,” said Bennett.

Librarians across the country have already contacted Bennett wanting to place orders as unique character’s spark conflict and many times conversation.

“There’s a lot of heart to this story,” said Bennett.