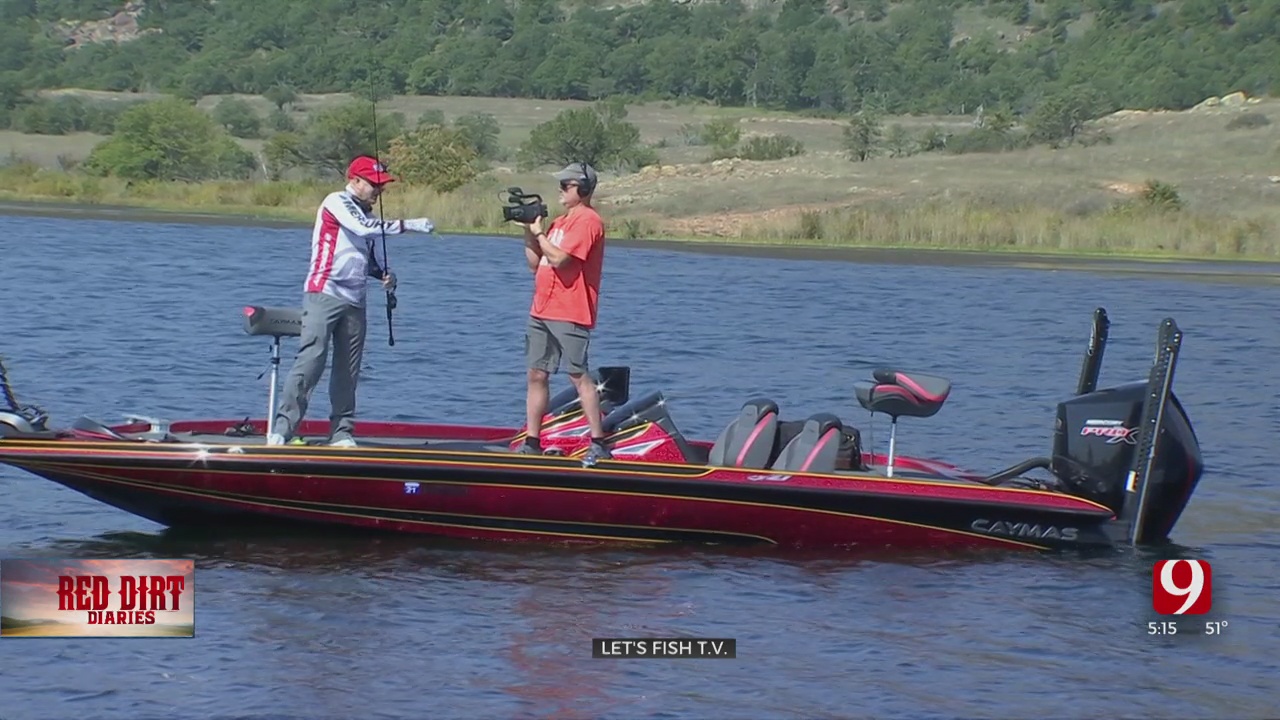 Barry Stokes has hosted the TV show for 37 years and enjoyed one of his best years yet in 2020 during the pandemic.

“They are watching our content more than ever,” Stokes said.

“Lets Fish TV” is shown in the southern part of the U.S. and has a channel on YouTube.

When Stokes is shooting on a lake in Oklahoma, his brother Terry Stokes is the photographer on board.

News 9 caught up with the bothers on Lake Elmer Thomas looking for bass.

“When he says ‘fish,’ to me that means punch the record button,” said Terry Stokes, an attorney in Oklahoma City.

The younger Stokes admits he’s not the best photographer for the job.

“I’ll get watching and something is blinking and I don’t know what that means,” said Terry Stokes.

After so many years fishing together, it’s clear the brotherly love works.

“We know each other so well. He knows my hot buttons and I know his,” said Barry Stokes.

“For me, it’s a great stress release to come out and do this,” said Terry Stokes, who calls his brother the eternal optimist of fisherman. “He won’t quit."

The brothers have been together on the boat when they’ve received bad news.

“We've had those times where you have to fight through stuff together, and in that case, we had to do it on the lake,” Barry Stokes said.

“He’s kind of weird. He’s like a counselor,” Terry said.

Unfortunately, our day of fishing got no bites while our TV cameras were rolling.

Instead, the brothers landed a good size bass while just fishing on Lake Elmer Thomas for fun.

“It's been such a blessing to be able to grow up fishing together,” Barry Stokes said.