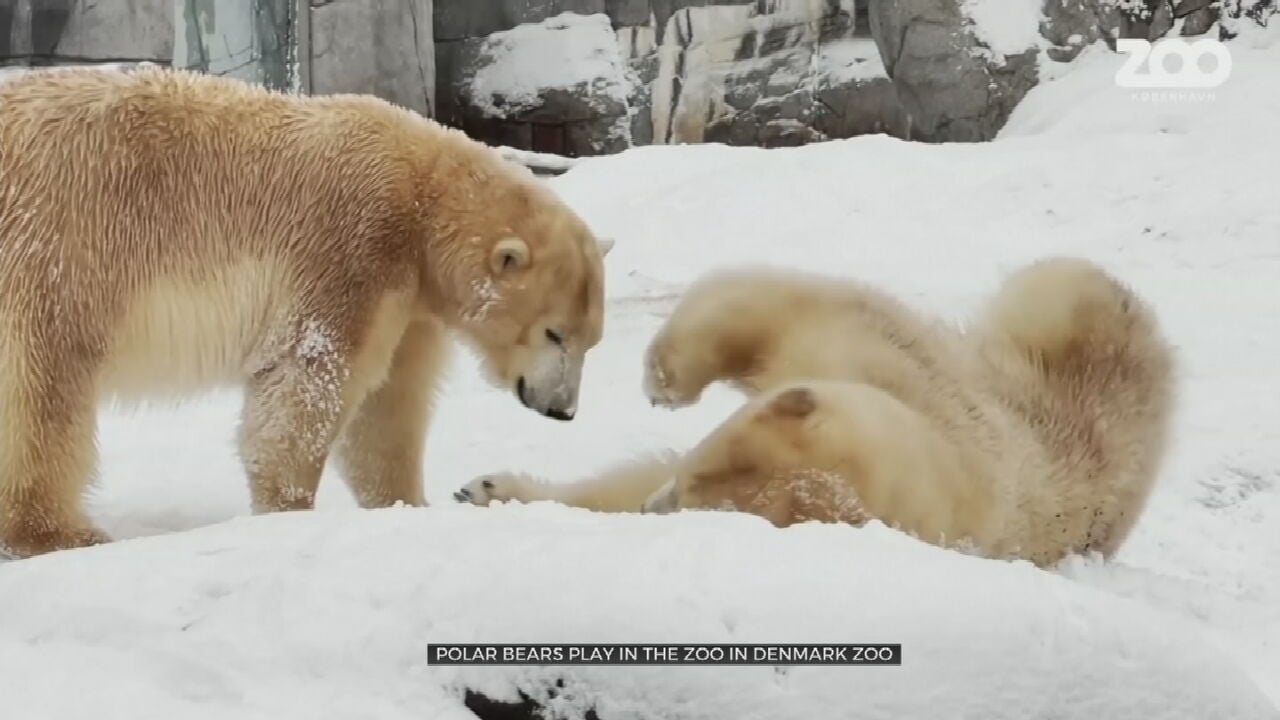 Copenhagen Zoo has released a video of the female polar bear cub Imaq and her mother Lynn enjoying the snow.

Two-year-old Imaq is almost the size of her mum, who is nine years old, but still has a lot of cub-like behavior, playing and demanding her mother's constant attention.

In about a year she will reach sexual maturity which is the time when, in nature, she would be kicked out by her mother and take up a solitary life.

When that time comes, she will move to another zoo and fill an important spot in the breeding program as part of the effort to keep the European zoo population of polar bears healthy and genetically diverse.