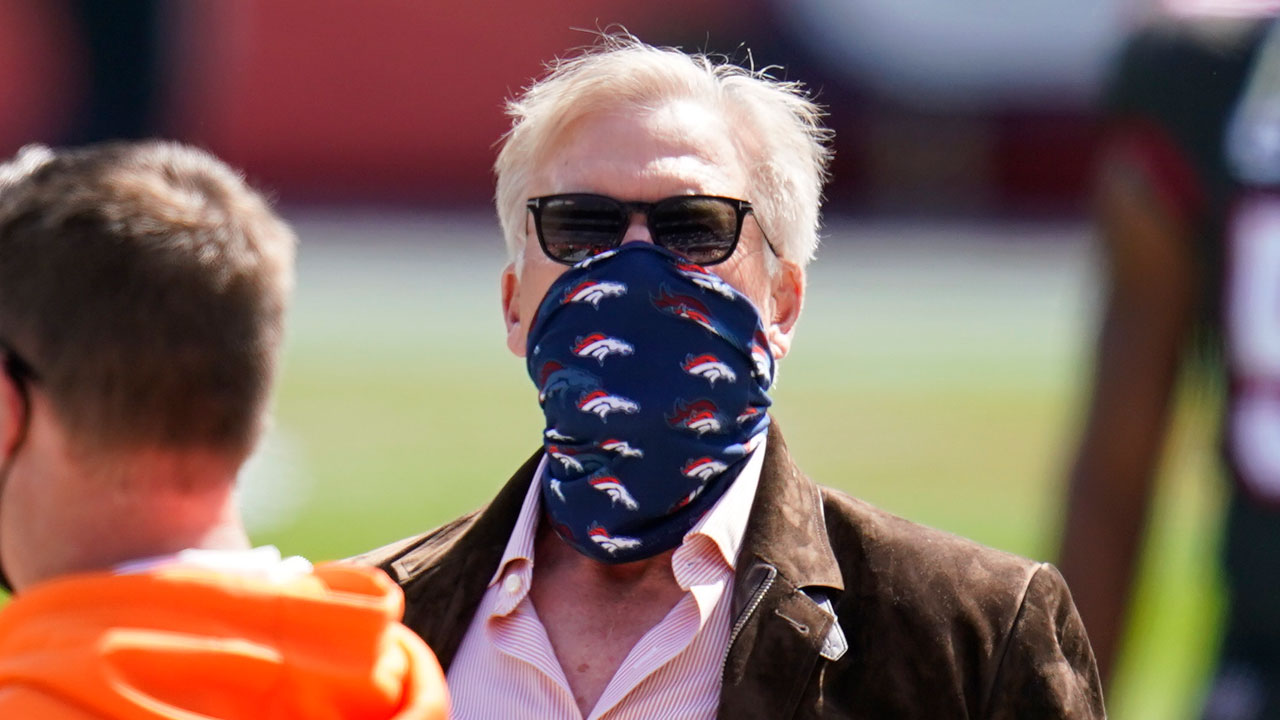 Denver Broncos General Manager and Hall of Famer John Elway as well as President and CEO Joe Ellis have both tested positive for COVID-19, the NFL team said in a statement Tuesday. Both were informed of their positive diagnoses Tuesday morning.

"After not feeling 100 percent on Sunday morning, Joe promptly reported his symptoms to our medical team and watched Sunday's game at home as a precaution," the Broncos said in its announcement. The team said Ellis, 61, continued to work from home on Monday.

"John immediately left UCHealth Training Center on Monday morning after experiencing minor symptoms that he quickly brought to the attention of our medical staff," the Broncos said of the 60-year-old Elway, the former quarterback who won two Super Bowl titles with the team.

Both Ellis and Elway plan to continue working from home and participating in virtual meetings while isolating and monitoring their health. "Other than mild symptoms, both Joe and John are doing well," the statement said.

According to the team, Ellis and Elway both appear to have contracted the virus "independently outside team facilities," which were closed Tuesday for Election Day. Neither has recently been in close contact with any of the team's players or coaches, and those within their close contact have already been notified.

Coaches are now conducting game preparations remotely "as a precaution," the team said. The Broncos are scheduled to play the Atlanta Falcons on Sunday.

"Our organization will remain in communication with the NFL, making all decisions in consultation with the league and based on guidance from medical experts," the team said.