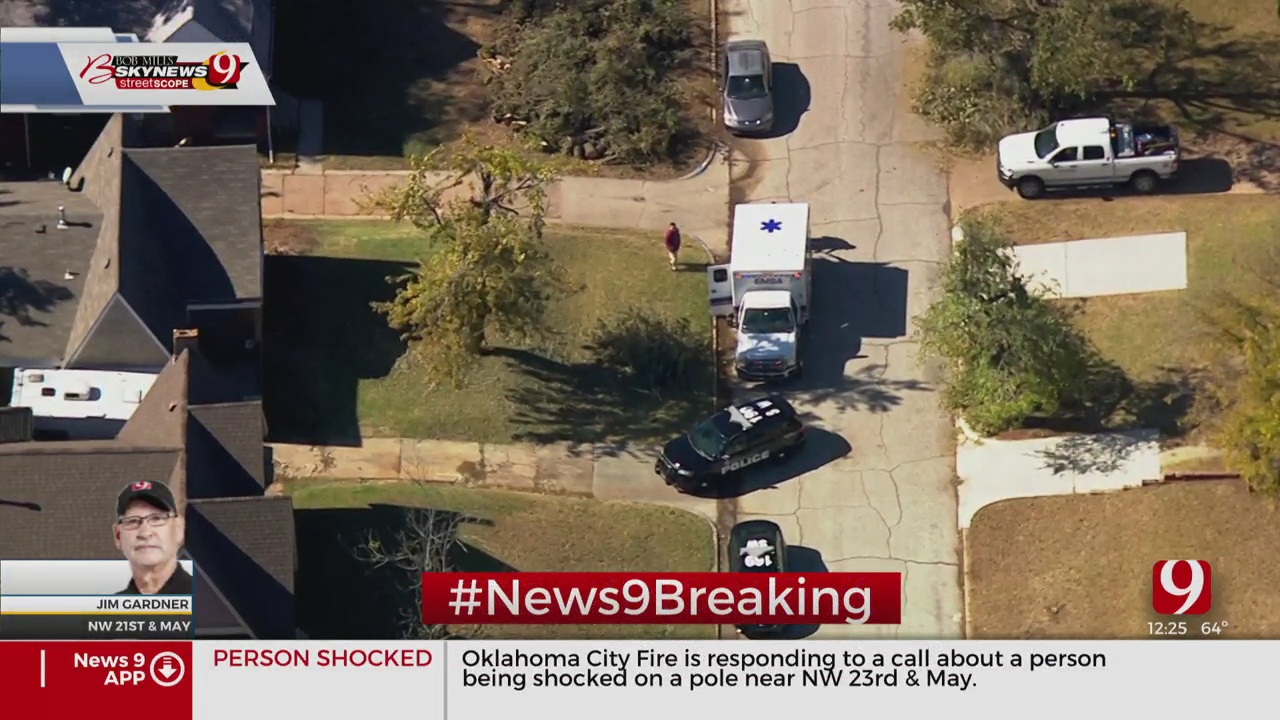 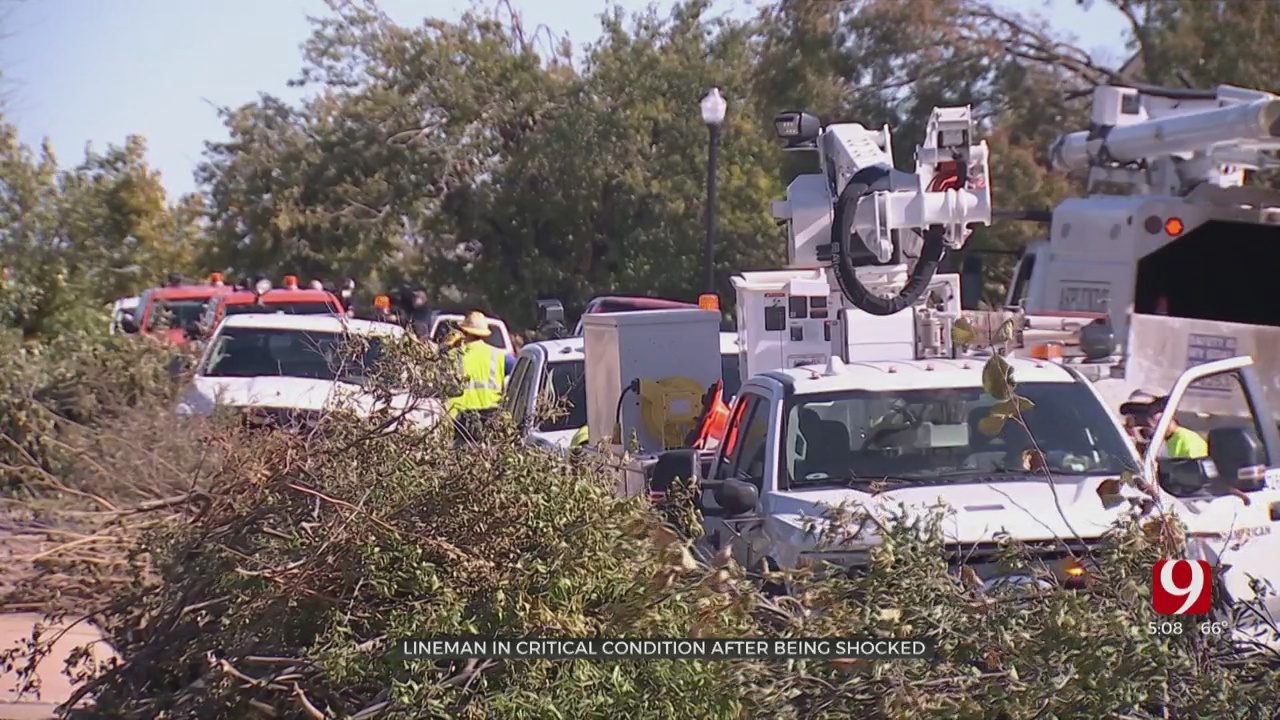 A lineman was critically injured Monday after he was electrically shocked in northwest Oklahoma City, firefighters said.

The lineman was taken to a hospital in critical condition, a fire department spokesman said.

The incident happened while the man was working on a pole in the 2800 block of NW 21st Street in Oklahoma City.

Carder lives on the block and said she was walking when someone approached her in a panic.

“He was running up the street and he said we need somebody immediately,” said Carder. “The person is not responsive, a lineman is down.”

Firefighters said they responded to the scene around noon. When they arrived, they found the lineman on the pole with serious injuries. A separate lineman crew then used a bucket to bring the victim down. He was then treated on scene and transported to a local hospital in critical condition.

“They are working with him and he's still with us so we're keeping our fingers crossed that he's going to be okay,” said Louie Marschik, of the Oklahoma City Fire Department.

It's uncertain what his exact injuries are at this time. The lineman worked for MidAmerican Energy out of Iowa. He is part of a crew assisting OG&E with power outages.

“All I can imagine is that he got into a line that maybe was just hot and it hit him pretty good,” said Marschik.

Officials said this is the first injury suffered to a lineman since this ice storm relief began a week ago.

Carder said it's a sad situation and has a message for lineman working across the state.

“We never want you to put your life in danger to help us get electricity,” said Carder. “We'll make it through, we care just as much about you as you do about us.”

The MidAmerican Energy released the following statement Monday to News 9:

"A MidAmerican lineman was critically injured after experiencing an electrical contact. He has been transported to a local hospital for treatment.

"Our employee was part of a crew providing mutual assistance to Oklahoma Gas and Electric (OG&E). Our crews have been helping restore service to customers who lost power following last week’s major ice storm.

"We do not have additional details to share at this time. Right now, our focus remains with our co-worker. Our thoughts and prayers are with him, his family and his fellow linemen."

OG&E also issued a statement after the incident:

"An assisting utility crew employee was injured in Oklahoma City earlier this afternoon. The assisting employee has been transported to the hospital for treatment. Our thoughts and prayers are with our colleague and we are in contact with his home company to help in any way possible. Few details are known at this time. Safety in an integral part of the OG&E culture and we are working closely with the proper authorities to investigate the cause of the incident."