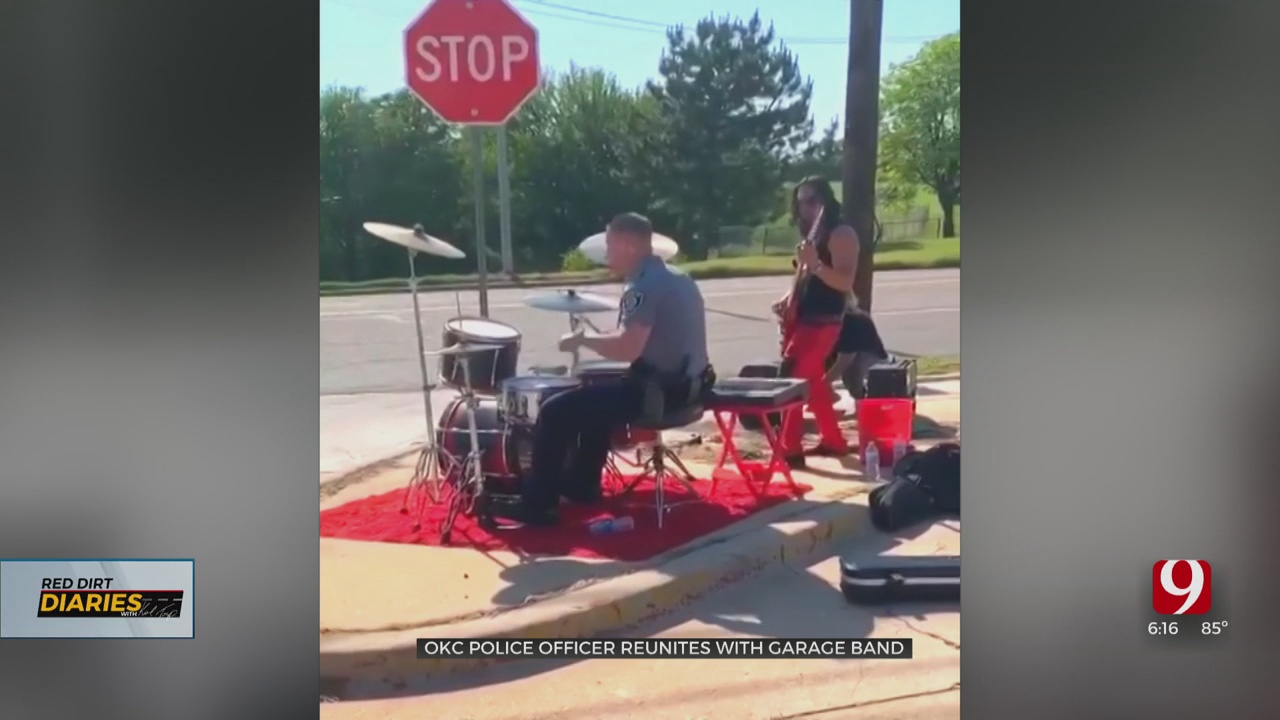 The W3IR-Dos on 29th are a band that will often take to the streets to perform their original music.

The band started playing outside a wireless store on Pennsylvania and Southwest 29th Street where a couple of the band members worked.

Last year, Oklahoma City police officer Nate Ross showed up due to a noise complaint about the band’s outdoor performance.

“They rolled up and looked at us. We looked at them and stopped and he said ‘Why did you stop? Keep going,’” remembered drummer Juan Vargas.

Officer Ross didn’t write the band a citation. Instead he jammed with the band on drums and the video went viral.

Ever since, the Weirdos having been looking for a reunion.

“Every time we see a cop we are like, ‘Hey do you know officer Ross,’” said Lara Jr.

That led to a random call a few weeks ago.

“My partner calls me and says he’s got someone who wants to talk with me, and I hear ‘Is this Officer Ross?’ and I was like ‘Who is this?” said Ross.

Minutes later, Ross rushed over to Northwest 3rd and Penn and started playing the W3IR-Dos on 29th again.

“They are great musicians and even better people,” said Ross.

The encounter and message to “rock on” from police has hit home with the W3IR-Dos on 29th.

They have more confidence and now practice every day.

“Every band has their way to start. Maybe this is just our path,” said band member Alejandro Ibarra.