Suspect Shot, Killed By OKC Police Was Convicted Felon Out On Bond 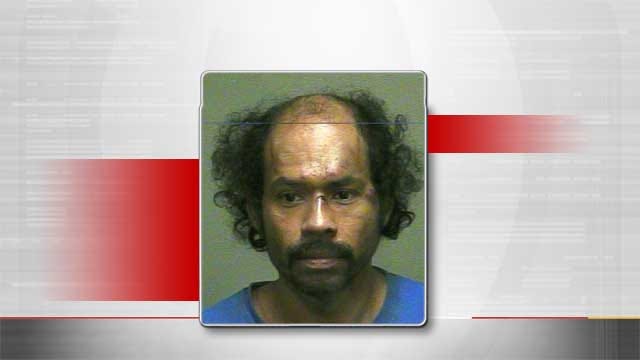 News 9 has learned the man an Oklahoma City police officer shot and killed along SW 38th St. early Sunday morning was a convicted felon who was out on bond.

Police identified the man they shot as 40-year-old Aurelio Duarte. His latest mug shot was taken nine months ago after he was arrested for pointing a loaded gun at a man during a fight outside the Standard Iron and Metal Company on Reno Ave. last June.

Back in 2013, Duarte spent time in prison after he pleading guilty to a drug charge, but he only served a year. And he had just appeared in court last week to waive his preliminary hearing for the June assault and battery.

Flash forward to early Sunday morning around 3:30 a.m., when police arrived to SW 38th St., near Portland Ave., to find Duarte holding a rifle, which he had just fired during a struggle with his neighbor.

“The officer gave him commands to drop the rifle,” said Capt. Paco Balderrama with the Oklahoma City Police Department. “The suspect did not comply and instead raised the rifle and pointed it at the officer.”

That's when police say the officer was forced to fire on Duarte, killing him at the scene.

Right now, police don't know what triggered the incident with Duarte's neighbor, but say he came armed with the rifle to confront him.

“The victim then grabbed the rifle,” said Balderrama. “But he was still shot in the hand and the abdomen.”

Police say the victim was treated and released at Southwest Medical Center, but he was not at home when we came calling on Monday.

Neighbors along SW 38th St. tell News 9 they are not surpised the shooting happened.

And police are concerned about the recent spike in confrontations with police. They say the vast majority of the incidents they have been involved in the last year have been with armed convicted felons.

Suspect Shot, Killed By OKC Police Was Convicted Felon Out On Bond