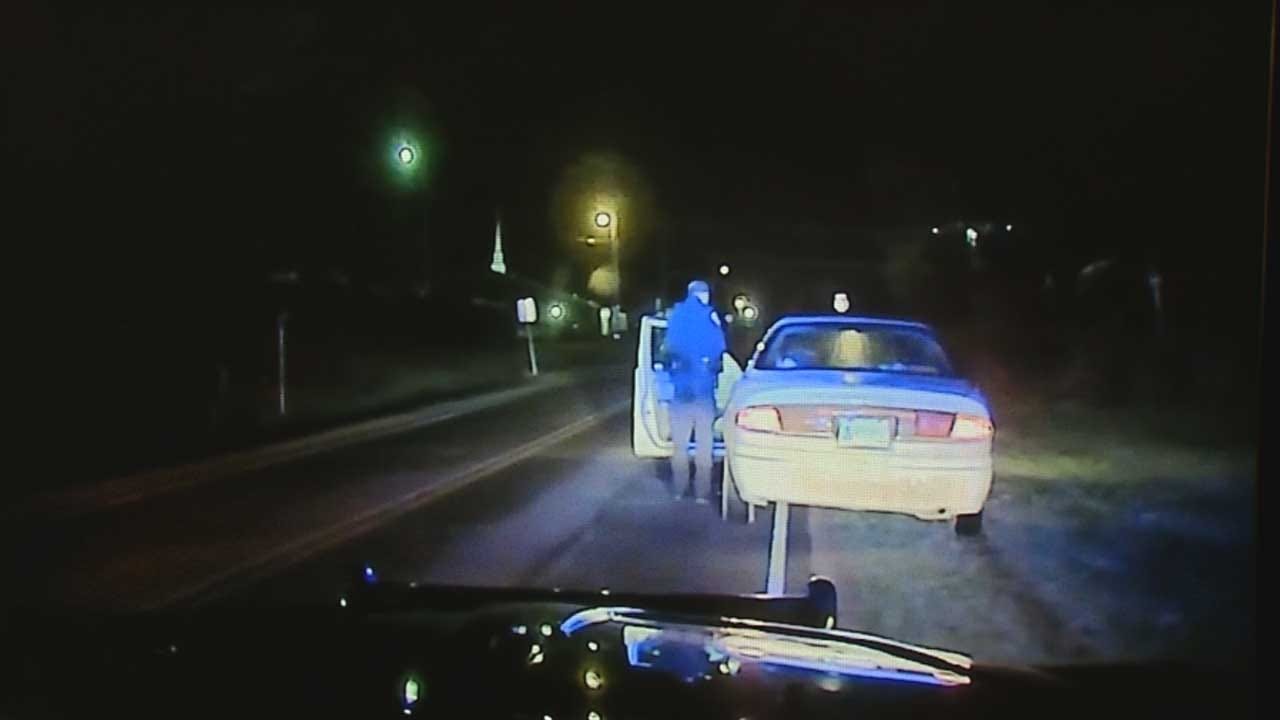 “The war on police has got to stop,” said D.A. Richard Smothermon.

He did not survive.

Prosecutors said dash camera video from Officer Terney's patrol car showed he did everything right during the stop.

“He was a perfect gentleman to the driver of the vehicle and the suspect until such time as he ran," said DA Richard Smothermon.

The video starts with Terney stopping a white Buick for a defective light.

The driver, Brooklyn Williams claimed she didn’t not have her license. She provided her information to the officer, but her passenger was not so forthcoming.

Officer Terney can be seen returning to the patrol car to verify the information with dispatch.

The fake name did not check out.

Officer Terney returned to the passenger side of the car and asked Shepard to step out.

The two made small talk for three minutes while the dispatcher ran the fake name.

"I think you are lying to me. Are you lying to me? What's your real name?" Terney questioned.

The video showed Shepard turning his back and running toward a field.

The two went out of the dash cameras sight, but the audio can still be heard.

"You are going to get tased again, " Terney shouted and then several gunshots could be heard.

A backup officer arrested Shepard. Prosecutors said they recovered his .9mm semi-automatic pistol and drugs from his pocket.

Shepard has been in the hospital since the incident. At last check, he's been upgraded to serious condition.

Smothermon said he could undergo one more surgery before released from the hospital.

He will then be booked in to the Pottawatomie County Jail for murder.

"The war on police has got to stop," Smothermon said, but he would not say if the state will seek the death penalty.

"Emotions are running to high right now," he explained.

Meanwhile, the driver Brooklyn Williams is in jail for harboring a fugitive. She allegedly admitted to investigators that she knew her boyfriend Shepard had warrants for his arrest.

Prosecutors said the investigation is ongoing and she could face additional charges.