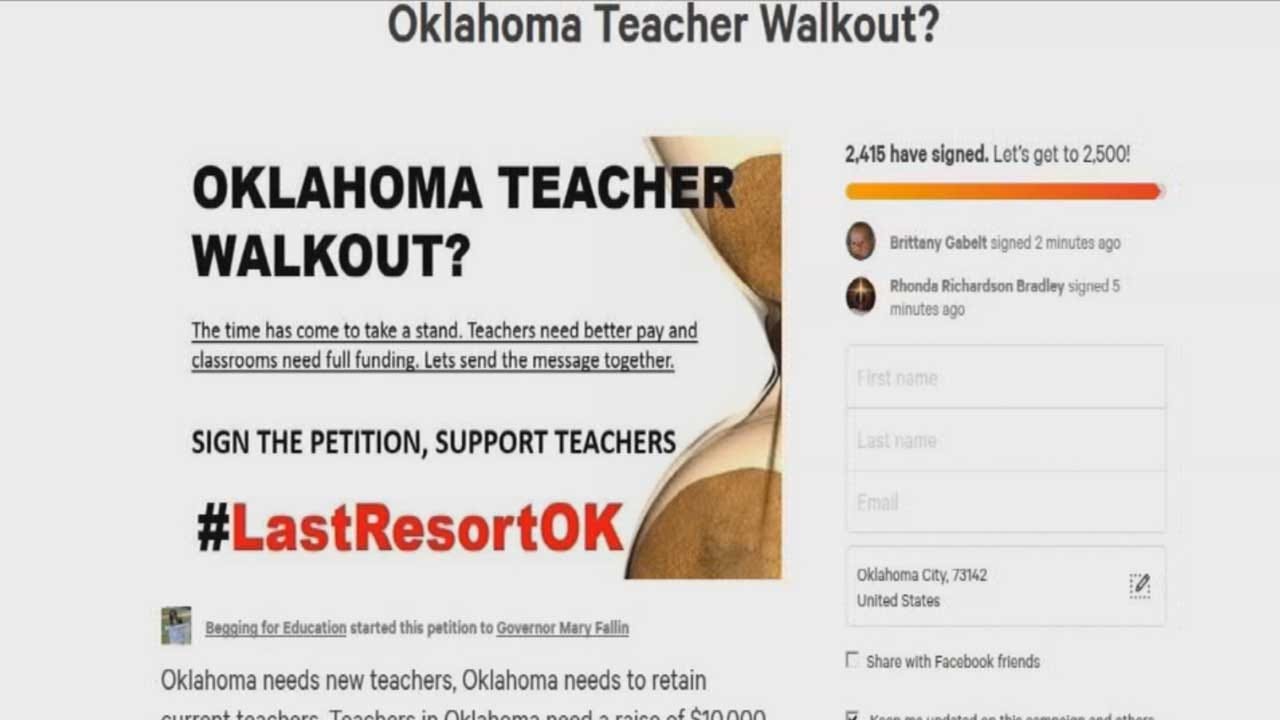 Momentum is growing for a teacher walk out or school shutdown. This comes after the failure of the Step Up plan in the legislature which would have given teachers a $5,000 raise.

Back in 1990, Oklahoma schools shut down for four days as thousands of teachers picketed the Capitol. Twenty-eight years later, teachers frustrated with the failure of the Step Up plan say it may be time to do it again.

“We felt abandoned, especially from some of the people who advocated for us in the past,” said Allen Lehman, a math teacher.

On social media and an online petition some teachers are crying for a walk out.

"This needs to happen. It's pretty apparent that nothing else is working," posted one teacher.

Lehman and others worry a walk out could backfire and alienate supporters. But they believe a school shutdown could be the right answer.

“I think that if you get district’s educators and invested parents on the same team I think that could apply that pressure that is needed and maybe get something done.”

Back in 1990, the shutdown worked. Lawmakers agreed to raise taxes to give teachers a pay raise in addition to several other education reforms.

This time, teachers say this could be the only way to get the attention of lawmakers.

“Pressure needs to be applied because the legislature is clearly content on kicking the can down the road,” said Lehman.

OEA, the state’s teacher’s union, led that shutdown back in 1990. A spokesperson for the group says right at this moment there's nothing specific planned, but it is something they would consider.