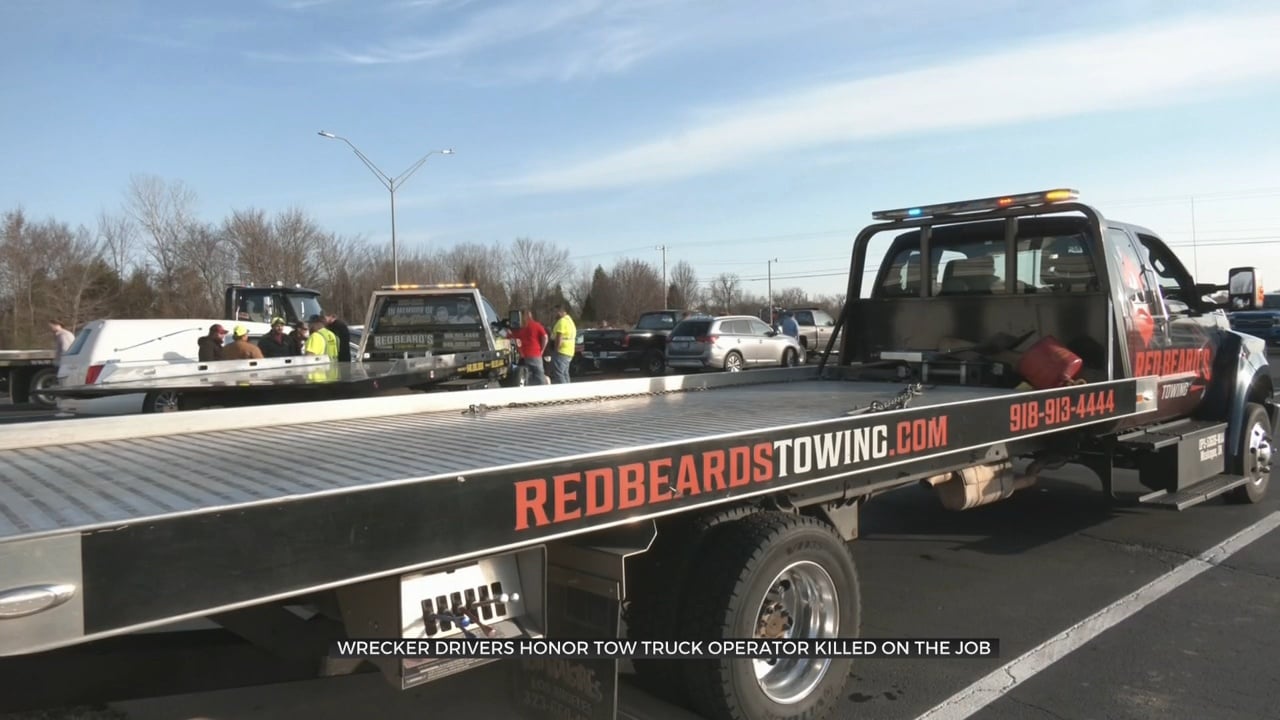 The Oklahoma Highway Patrol said he was loading a car onto a wrecker last Saturday along Highway 169 in Wagoner County when a driver went off the road and hit him. Mills worked for Red Beards Towing in Muskogee where his name is now on display in his memory. More than 80 wreckers staged outside the church in his honor.

Bryan Albrecht, president of the Oklahoma Wrecker Owners Association, said unfortunately this won’t be the last time he will have to attend a memorial like this.

“For us to continue doing things the same way we did and have to bury another brother or sister in the future, it happens all too often,” Albrecht said.

Albrecht said even with the “Slow Down and Move Over” law, people continue to let distractions put other’s lives at risk.

“Everybody has got a cellphone in their hand, they’re watching videos," Albrecht said. "Technology has just led to that much more distraction for the driver going down the roadway."

He says it's time for something more to be done.

"It’s going to have to come through legislation of education and the easiest I see is education to try and fix the problem,” Albrecht said.

According to OHP, charges have been filed in connection to Mills’ death, why the driver left the road is still under investigation.