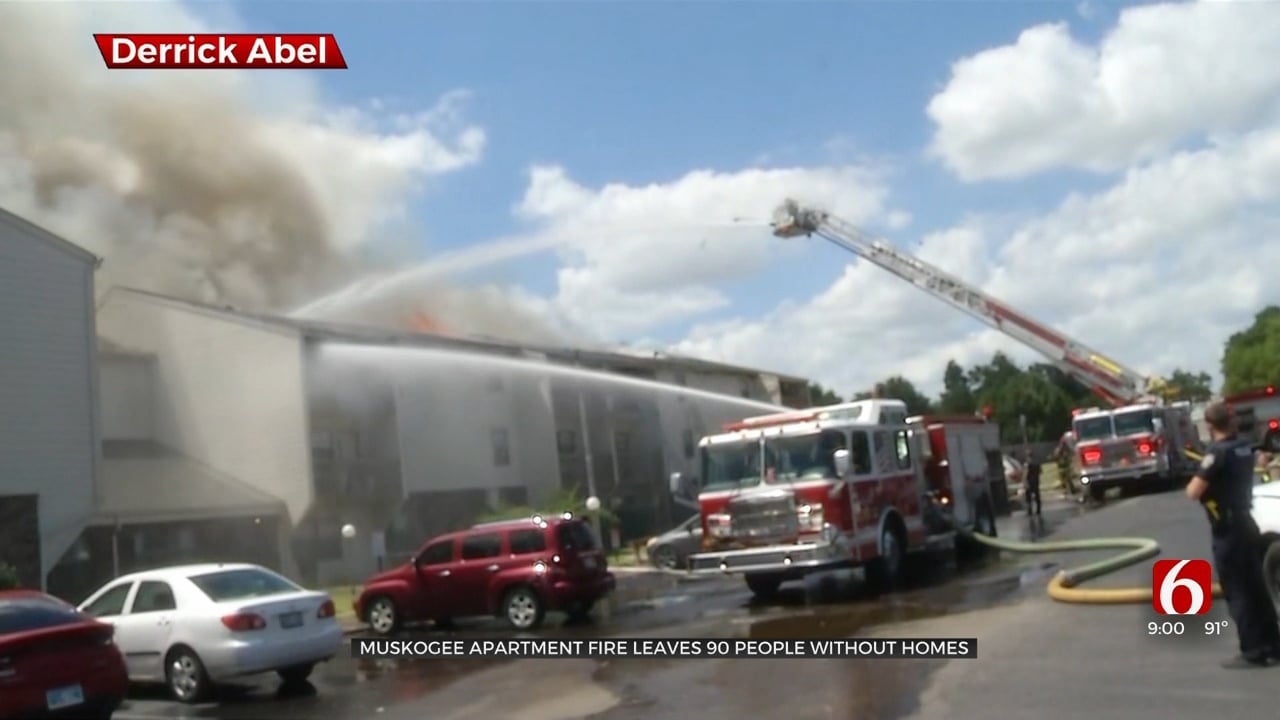 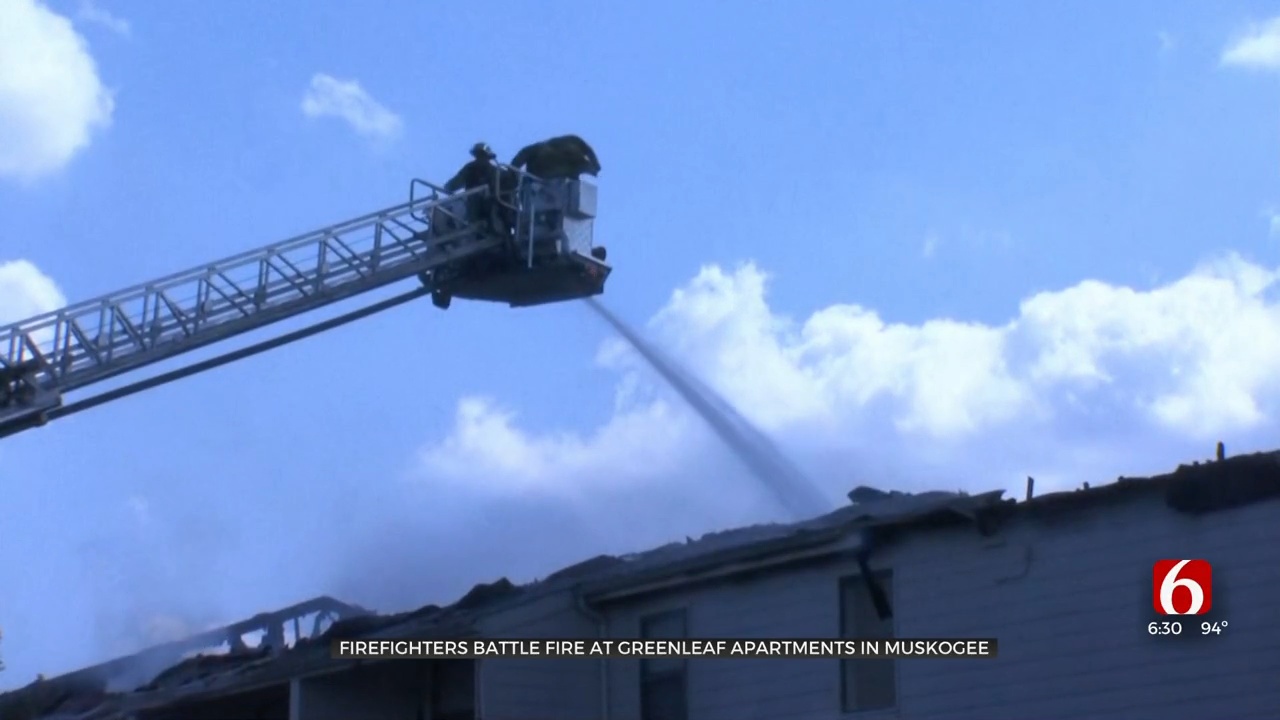 Authorities in Muskogee are responding to a large fire Saturday afternoon that displaced dozens of apartment home residents.

The fire is at the Greenleaf Apartments on S. York St. where authorities said 24 units were damaged by water or fire and over 90 residents are displaced.

Muskogee firefighters said there are a few minor injuries and no deaths have been reported.

Authorities said there were 50 firefighters on the scene putting out that fire and as of 6 p.m., they are still putting out hotspots.

A whole building of the apartment is deemed a total loss and the victims are being transported to the Muskogee Civic Center.

The City of Muskogee said Red Cross is on the way to help those victims.