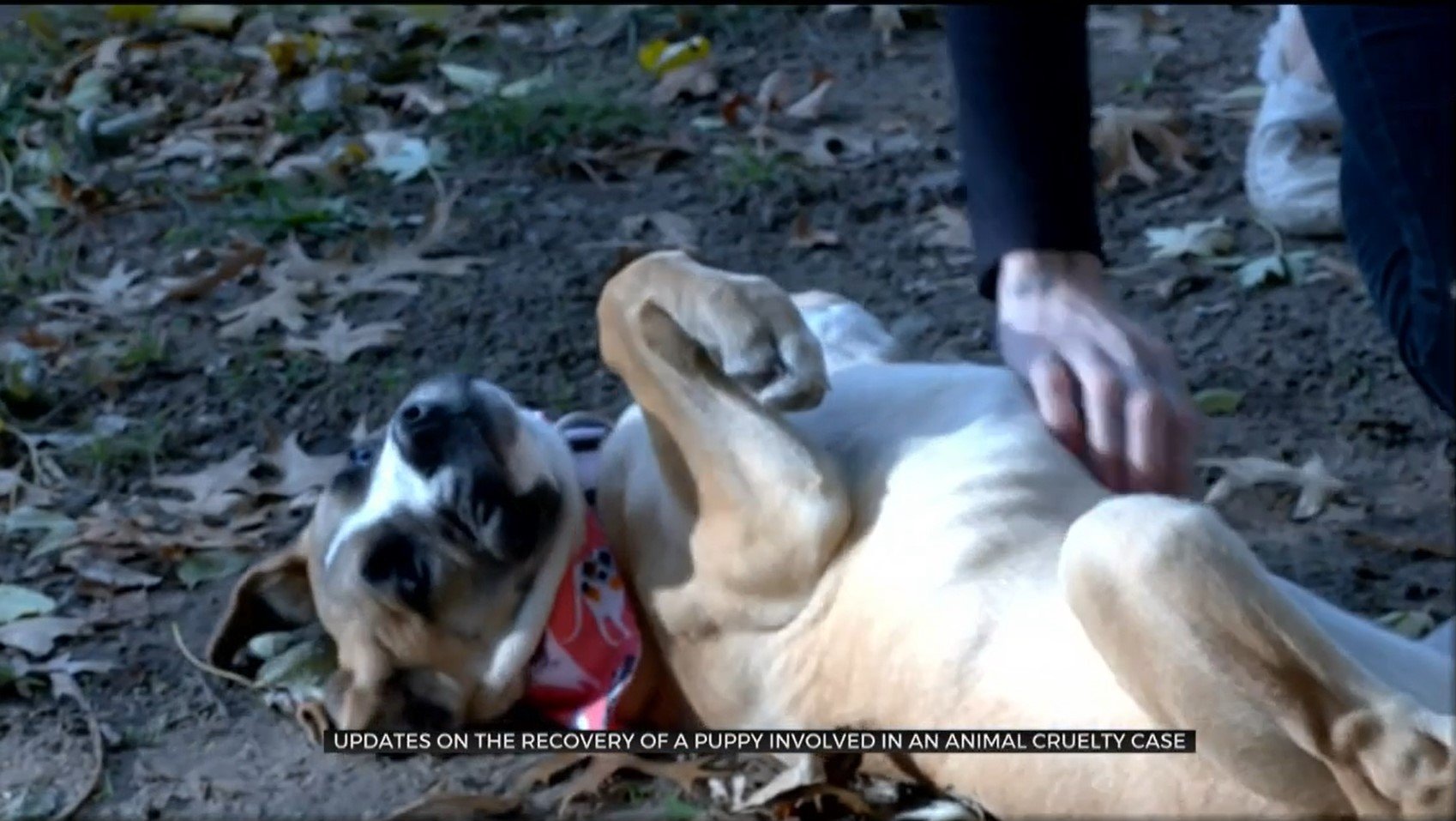 A volunteer from Mutts Misfits captured video of a man displaying acts of animal cruelty. The viral video shows the suspect throwing the dog out the door of a home and into a backyard.

Oklahoma City Police arrested Robby Jackson earlier this month and Jackson is facing animal cruelty charges. The dog, Jaya, is now in the care of a foster family and their goal is to get Jaya back into good health.

“As you can imagine, she’s been through some pretty serious trauma, so it is going to take her a little bit longer to get to a point of trusting humans again," Fernandez said. "We know with some rehabilitation she’s going to get there.”