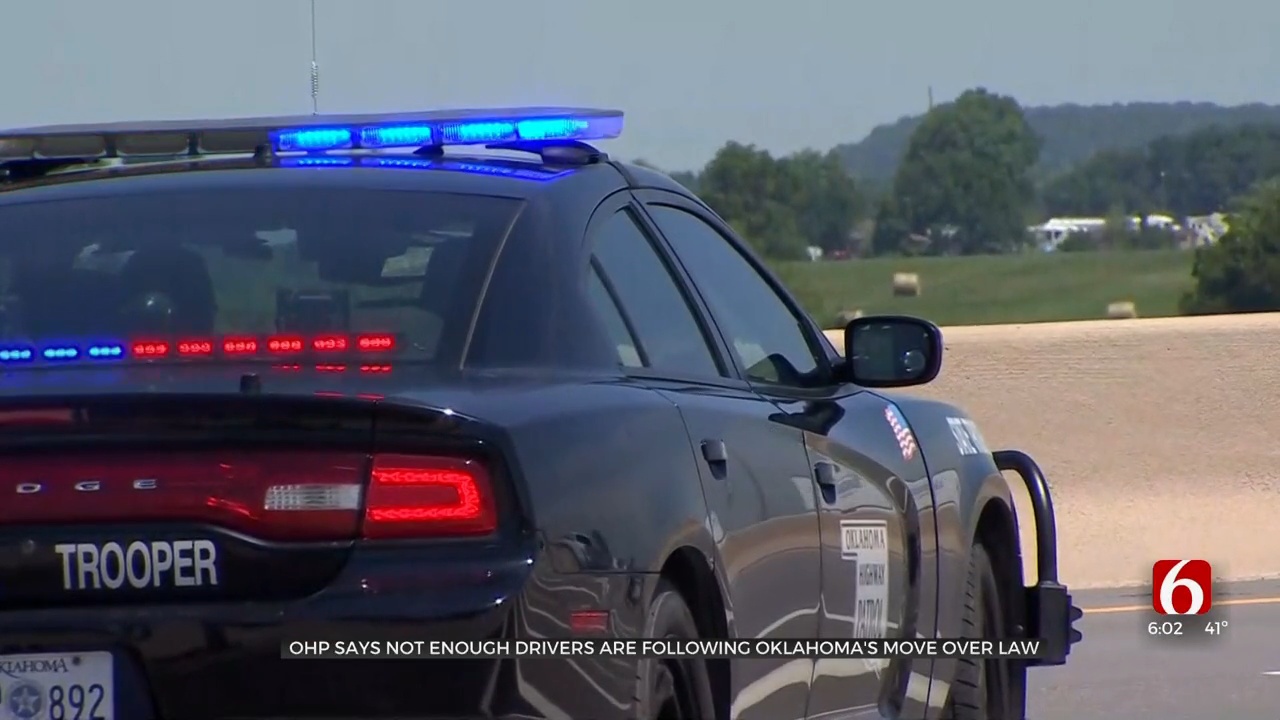 State law requires drivers to move over if they see flashing lights on the side of the road, but Oklahoma Highway Patrol said they still respond to accidents where people have been hit and killed.

They said if it's a first responder, tow truck driver, or even just a driver, you must move over.

Trooper Foster said if drivers can't move over, they must slow down.

He said when OHP is responding to accidents, the biggest thing they see is distracted drivers. It's crucial people pay attention to what's happening on the road.

The Oklahoma Department of Transportation said between ODOT and the Oklahoma Turnpike Authority, 72 workers have been hit and killed on the side of the road.

T.J. Gerlach with ODOT said workers are out there every day risking their lives by mowing, fixing potholes, or picking up trash.

"We're out there every day and every day we see drivers maybe not paying all the attention to the roadway that they need to be doing, and we want to just make sure people are out there paying attention when we have those lights flashing," he said.

Both Gerlach and Foster said the most important thing OHP and ODOT can do is educate people on the law, and make sure they know they could get a $249 ticket if they don't move over.

"I still today pull people over and they say, 'well I didn't know that was the law,' and so education is really important because most of the time people don't move over, not because they are trying to be a jerk, they aren't moving over because they really don't know that's the law," he said.

Gerlach said ODOT does partner with several schools to teach teenage drivers the importance of work zone safety and moving over.