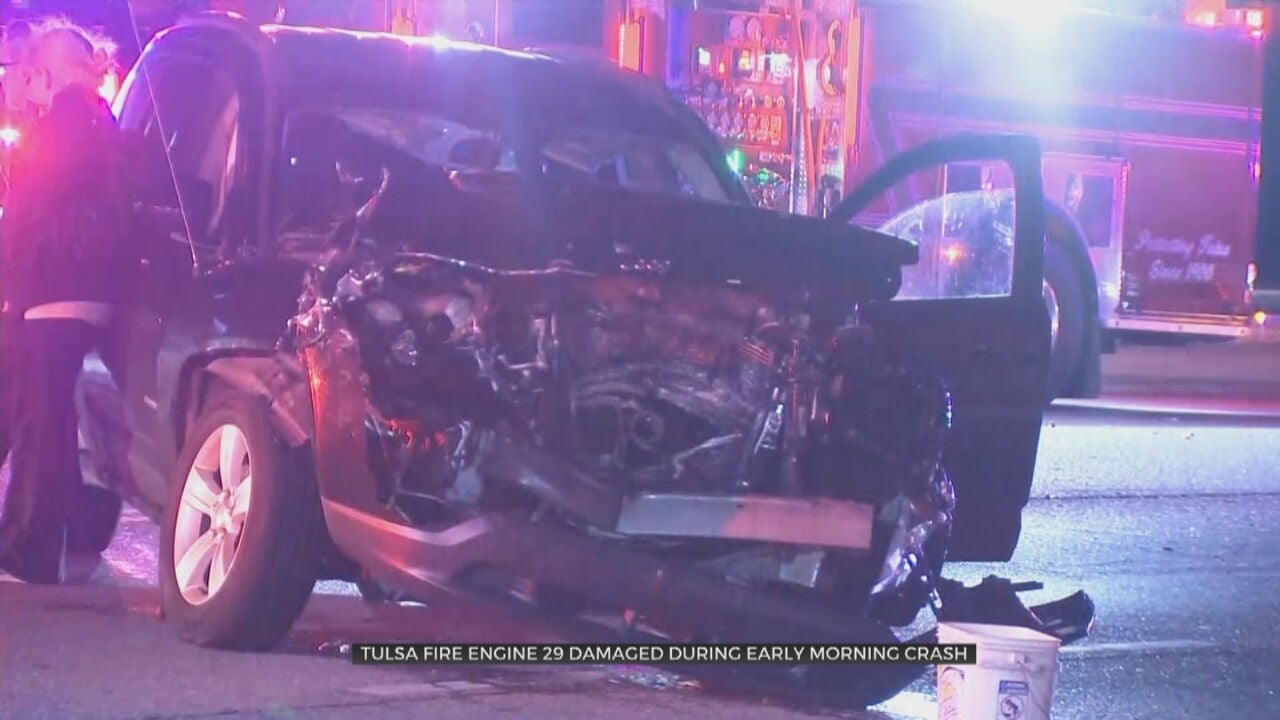 Tulsa firefighters were involved in an early-morning crash near 73rd and Lewis on Tuesday.

Officials say Fire Engine 29 was returning from a medical call around 12:30 a.m. when an SUV crashed into the fire truck while trying to turn.

Two people in the SUV said they did not want medical treatment and no firefighters were injured in the crash.

Firefighters say the new fire truck will be out of service for awhile and sent to the manufacture in Wisconsin for repairs.