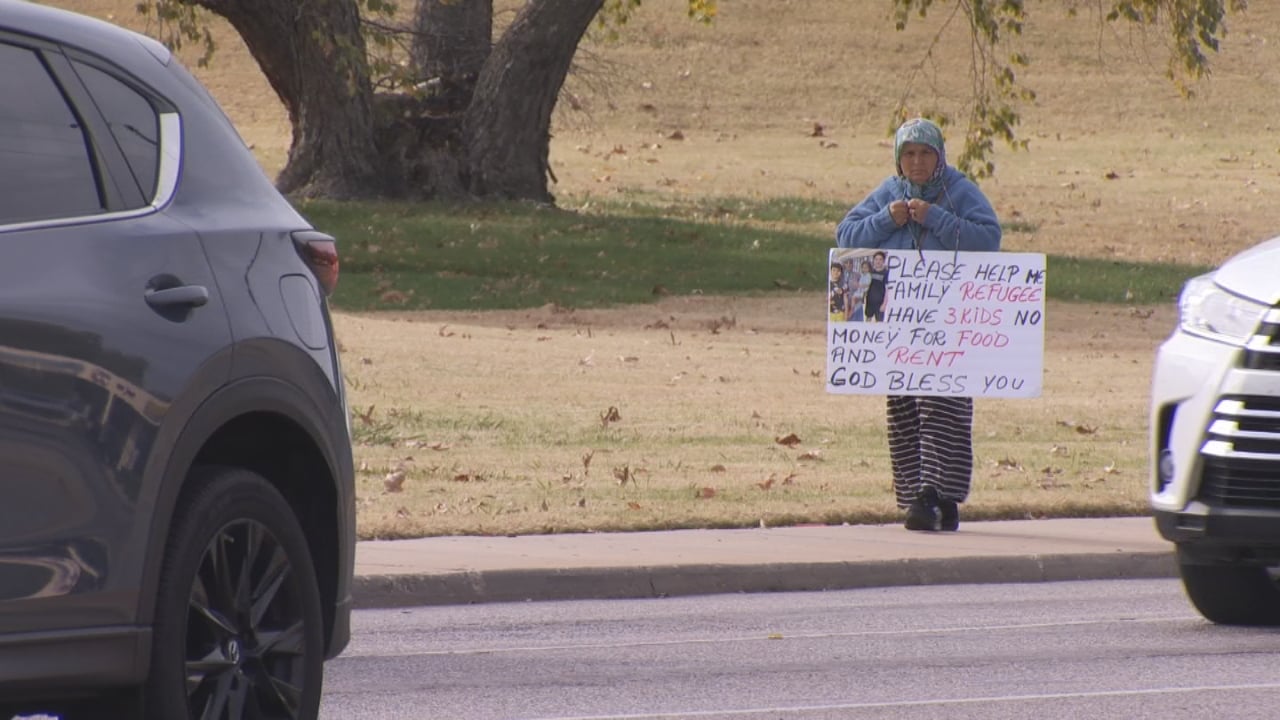 If you feel you have seen more panhandlers than usual around Tulsa, you are not alone.

Tulsa police said the department is getting more calls about people asking for money, and some News On 6 viewers want to know why they are seeing people claiming to be refugees panhandling around town.

News On 6 found a woman and child asking for money near 41st and Yale.

News On 6 tried to help, but the woman refused to talk or listen to suggestions.

There have been reports of other panhandlers, some with kids, claiming to also be refugees.

Catie Coulter with Catholic Charities of Eastern Oklahoma said her team tried to help, but all the panhandlers wanted was money.

"What we've found is none of them have been our clients that have come through our doors, and they haven't been wanting our services yet, but if they need it, they know that we're here," said Coulter.

Catholic Charities said refugees should not need to panhandle.

"I would love for the community to understand that any refugee who has been placed in Tulsa, has been served by our organization, their needs have been met,” explained Coulter. “If they need anything, they know how to get in touch with us."

A panhandler told News On 6 a group of people asking for money with signs that said they were refugees paid him to move to another spot.

"They told me, they would give me $20 to leave the area so they can keep flying and make money," explained the man.

The man also said some street corners are getting crowded.

In the fall of 2020, Tulsa's ordinance amendment made panhandling protected under free speech with some restrictions.

Since then, Panhandling is allowed from a half hour before sunrise to a half hour after sunset.

You must be 16 years or older and wearing a high-visibility safety vest.

"I don't have exact numbers for you, but I know civilians, citizens, have seen or have been able to report they've seen a lot more of it,” said Bean.

"If it gets aggressive, if panhandlers are approaching your vehicle while you're stopped at a light or a stop sign, or anywhere around the city, it can make people feel uncomfortable,” explained Bean. “You can also have more accidents."

Regardless of who is panhandling or what is on their sign, some, like Rev. Steve Whitaker with the John 3:16 Mission said don't give them money if you do not know the circumstances.

Whitaker said one thing is for sure: His organization is experiencing a record number of people asking for help, with the last annual homeless count in February up 40 percent.

"Last year, as we ran our numbers, all we met were two people that had been sent here from another community, but there are lots of people that are traveling from all over northeastern Oklahoma from some of the surrounding states,” said Whitaker. “They come to Tulsa, stay for a period of time, and then move on."

With the growing need to help the homeless in the community, you are urged to give to organizations, rather than strangers.