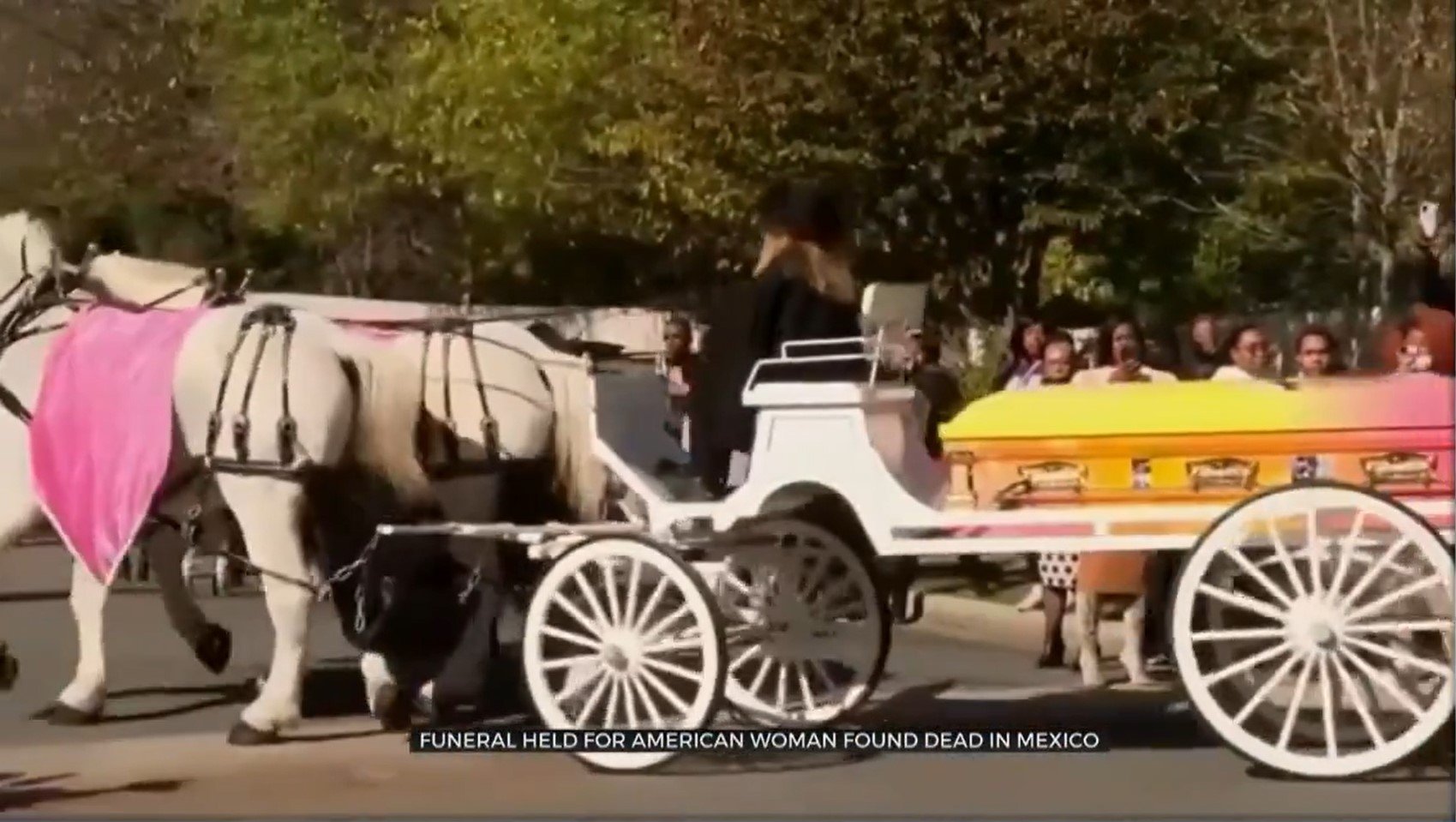 Funeral services were held Saturday for a North Carolina woman who was found dead last week in Mexico.

25-year-old Shanquella Robinson was vacationing with friends when she was found dead at a resort in San Jose del Cabo.

Robison's parents were initially told she had gotten sick with alcohol poisoning.

Now, Mexican prosecutors said the victims death will be investigated as an homicide after a video has surfaced online of the woman being beaten by her friends.

A GoFundMe for the victim has been created while the investigation continues.