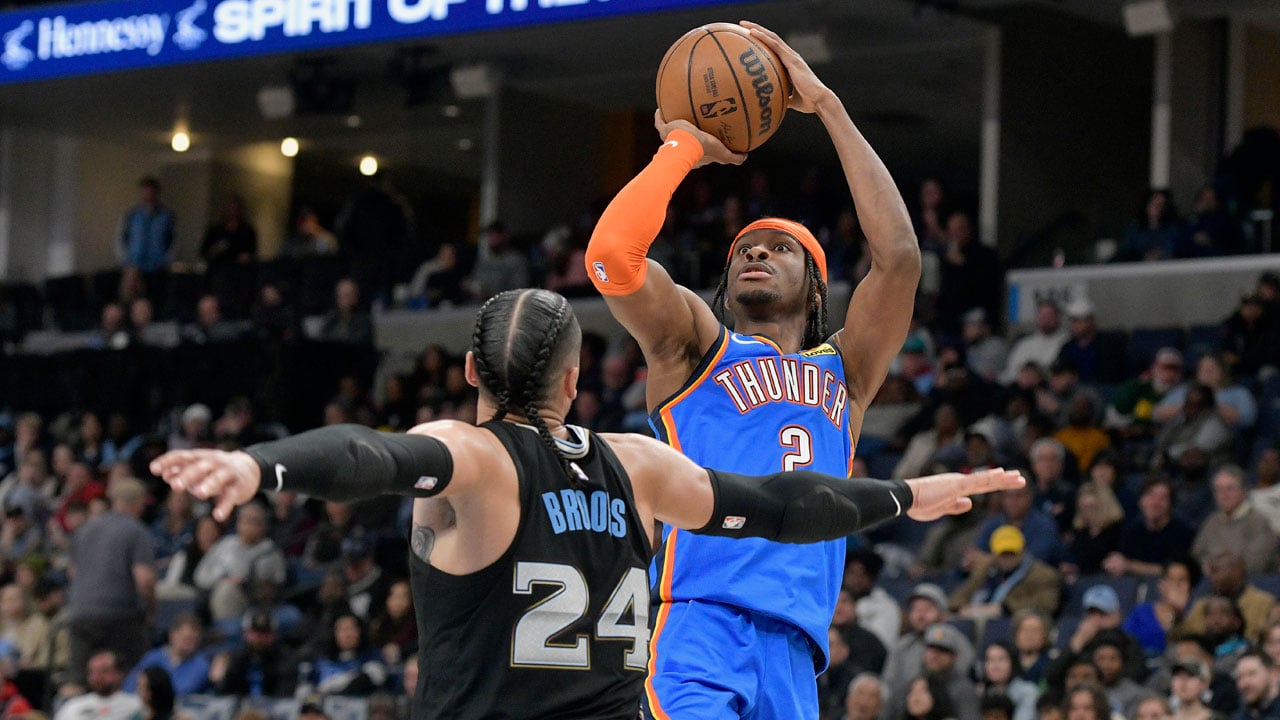 Jaren Jackson Jr. had 25 points, 12 rebounds and three blocks and Memphis beat the Oklahoma City Thunder 121-110 on Friday night in a game where Grizzlies star Ja Morant left late with an ankle injury.

Morant and John Konchar added 19 each for Memphis, with Morant finishing with 11 assists and Konchar grabbing 10 rebounds. There was no immediate word on the extent of Morant’s injury.

Josh Giddy led Oklahoma City with 20 points and 11 assists. Jalen Williams had 16 points, six rebounds and seven assists. Shai Gilgeous-Alexander had his lowest scoring game of the season with 15 points, going 6 of 18 from the field.

Memphis carried a nine-point lead into the fourth period and quickly extended it to 12. But the Thunder got to 106-102 with 2:38 left. The Grizzlies then scored nine straight points after Morant went out with the ankle injury to seal it.

The game featured not only two of the youngest successful teams in the NBA, but a pair of dynamic guards in Gilgeous-Alexander and Morant.

Memphis, which was without 3-point scorer Desmond Bane, relied on Jackson early. The 6-foot-11 forward, who missed the first 14 games of the season recovering from offseason right foot surgery, scored from 3-point range to dunks.

That helped Memphis build several double-digit leads. But each time, the Thunder battled back. Memphis held a 63-59 lead at the break, but the showdown between the two guards hadn’t really materialized.

Gilgeous-Alexander and Morant both continued to shoot inaccurately through three quarters, representative of both teams connecting on less than 45% of their shots.

Thunder: C Aleksej Pokusevski injured his left ankle near the end of the first half and went straight to the locker room. He did not return in the game. Mike Muscala started the second half. … Rookie Jalen Williams, the 12th overall pick out of Santa Clara, started his third game of the season at fourward. … F Darius Bazley missed his fifth game with a right ankle sprain.

Grizzlies: Memphis avoided its first three-game losing streak of the season and is now 6-1 at home. … Tyus Jones reached 1,750 career assists with a dime in the second quarter. …Konchar set a career high with five 3-pointers.

Grizzlies: At Brooklyn on Sunday night.