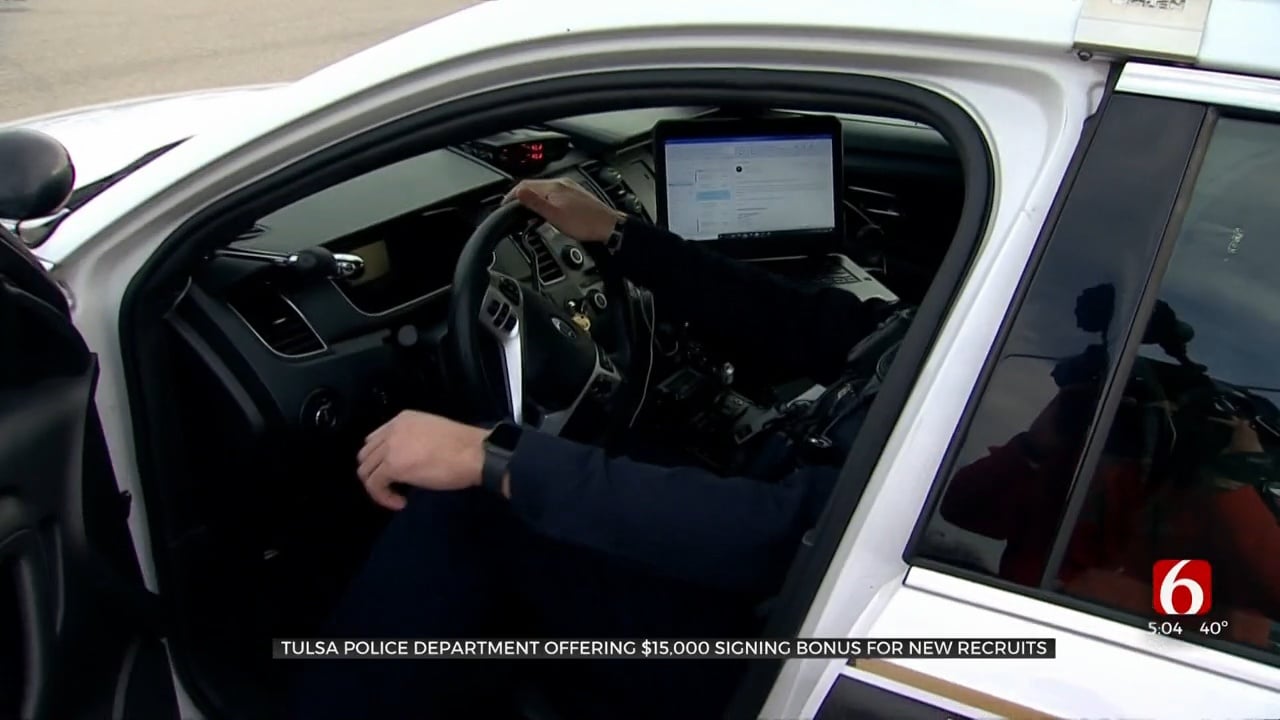 The announcement of a $15,000 signing bonus led to new interest in the Tulsa Police Department, according to Captain Mark Ohnesorge, who oversees recruitment.

Mayor G.T. Bynum announced the bonuses Tuesday, which he said would apply to the next class of recruits in January.

“We've seen a lot of traffic on the website, we're seeing more questions come in for recruiters, and the past day or so we've been very up here trying to respond to everybody, so I think we'll see the numbers come in for the bonus,” he said.

The Tulsa Police Training Academy can handle 30 recruits per class, but the next one will turn out just 11 officers. The bonuses will come out of savings on salaries for employees they department has been unable to hire.

Chief Wendell Franklin said Wednesday on “Six in the Morning” the department is down 100 officers, and that lead to other officers working extended hours.

Captain Ohnesorge said he hoped it would lead to a larger pool of applicants, from which the best recruits can be chosen.

"The question is - we're going to have to understand how many of those people are qualified for the Tulsa Police Academy, but I definitely do think it will turn some heads and get people to consider the police profession when before they might not have," he said.

The department is also creating a program that would give officers college credit for completing the academy – officers who have some college but not a degree could finish their requirements as they graduate from the TPD academy.

TPD now requires applicants to have completed a degree for consideration.

OKC Police Respond To An Armed Robbery Near South OKC