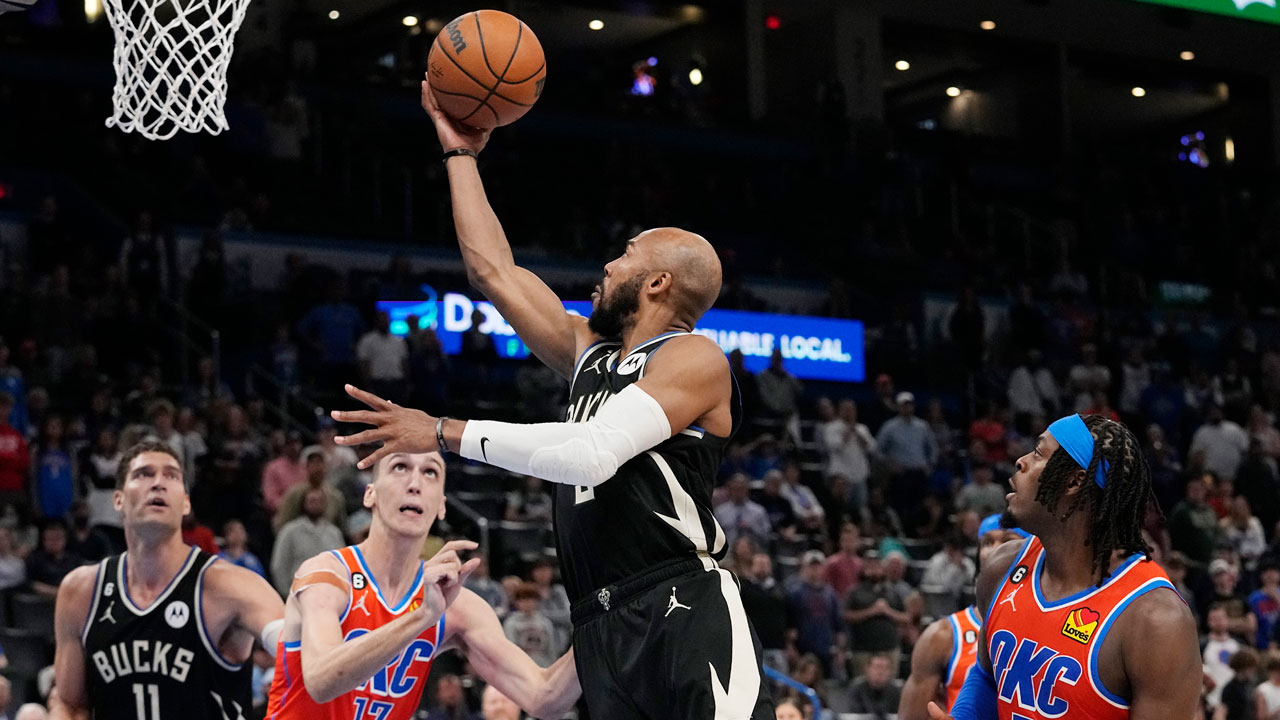 Jevon Carter had career highs of 36 points and 12 assists, and the short-handed Milwaukee Bucks beat the Oklahoma City Thunder 136-132 in two overtimes on Wednesday night.

The Bucks were missing their top two scorers. Giannis Antetokounmpo sat out with a sore left knee and Jrue Holiday was out with a sprained right ankle. Carter filled the scoring void by making 15 of 27 field goals, including 5 of 10 3-pointers.

Brook Lopez added 24 points, 13 rebounds and five blocks for the Bucks, who were coming off their first loss of the season after winning their first nine games.

The Thunder led by six late in the third quarter before George Hill hit a 3-pointer at the buzzer to trim Oklahoma City’s edge to 87-84.

Milwaukee led 112-100 with just under five minutes remaining before the Thunder rallied. Lu Dort made an open layup off an inbounds pass under the hoop to tie the game at 119. Carter missed a fadeaway at the buzzer to force overtime.

Gilgeous-Alexander’s step-back 3-pointer with 0.6 seconds left in the first overtime gave the Oklahoma City Thunder a 126-125 lead in overtime. Dort fouled Lopez on an inbounds lob with 0.2 seconds remaining. Lopez missed the first free throw and made the second to force a second OT.

Bucks: Carter entered the game averaging 5.3 points and hadn’t scored more than 18 in a game this season. ... Former Thunder player Serge Ibaka scored four points. ... Lopez had four blocks in the first half.

Thunder: Milwaukee’s Grayson Allen landed hard on Gilgeous-Alexander’s knee in the first quarter, but neither player was hurt. ... F Aleksej Pokusevski had 17 points and nine rebounds.