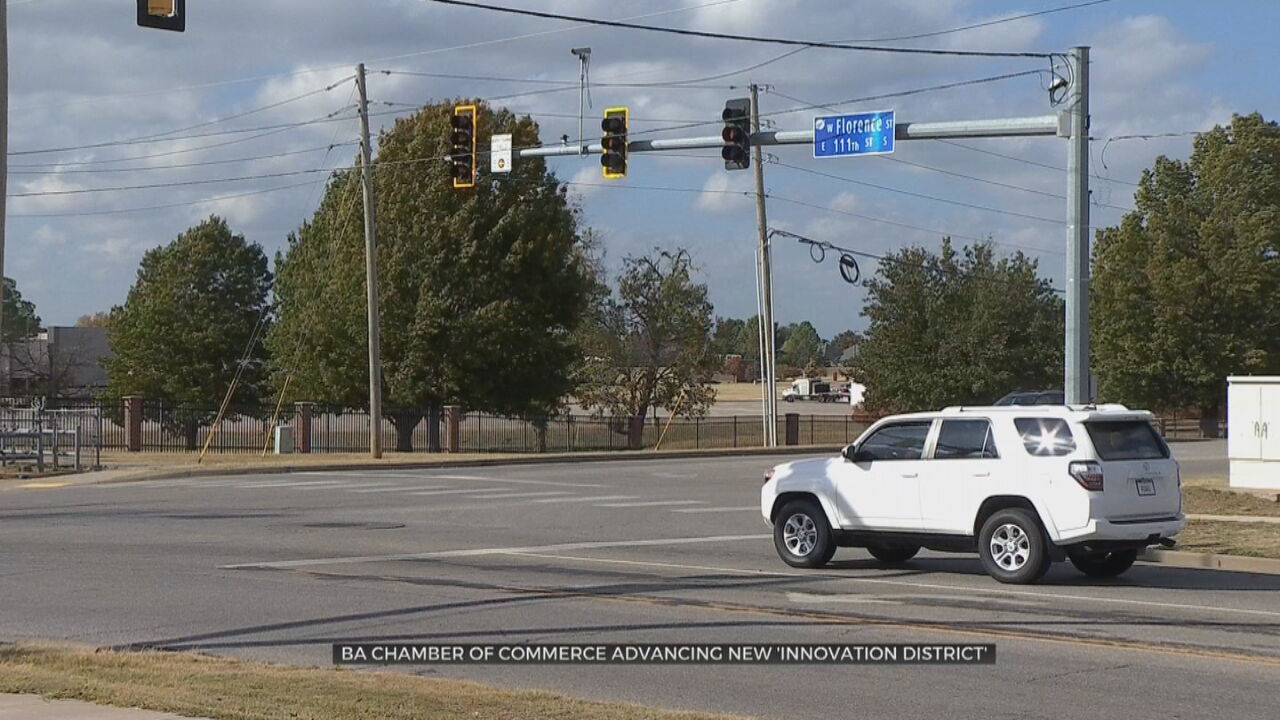 The Broken Area Chamber of Commerce and Economic Development Corporation is working to advance one of the city’s biggest ongoing projects ‘The Innovation District’.

City leaders heading the new project say they are working to create the layout and design work so they can begin building the new site.

Broken Arrow Chamber of Commerce President Jennifer Conway says the city is now forming committees to create the best plan of action for the land purchased. The Innovation District is made up of 90 acres of land that the city plans to use to attract primary jobs for the community south of Florence Street, between Olive and Aspen avenues.

Broken Arrow recently received a $24,000 grant to get its plan for the district tested by a consultant. This will help identify what businesses are needed at the Innovation District. Advanced manufacturing and biotech are the two industries the city plans to target in its planned development.

“You need to know who you are trying to attract because you need to build for those businesses, so that’s where we are at right now. We’ve identified now our target market advanced manufacturing and high-tech. So we need to determine who will be the educational partner that need to be a part of that,” said Conway.

Conway said that when attracting new businesses, they are also evaluating how to bring the talent pool to work there as well.

To help in building the Innovation District, Conway says city leaders are also visiting other communities for help.

“When you only have 90 acres to work with, how do you put a lot in there that makes this feel like a destination? So that’s what we are building. We are going to communities we went to Denver a few weeks ago, we went to Dallas and Houston. We aren’t looking at the city as a whole but some developments that are similar to the Innovation District,” Conway said.

Conway added that the city wants the Innovation District to be an inclusive addition to the community.

They plan to let residents give feedback on the design and layout in the future.