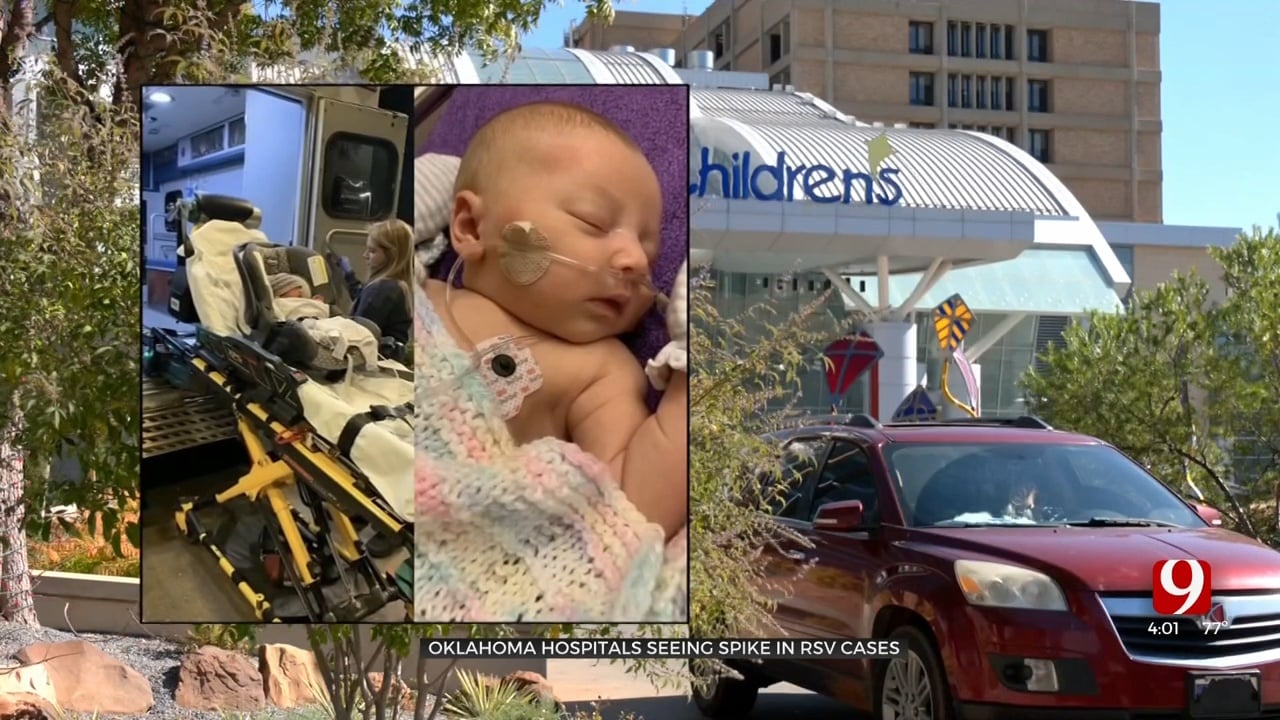 A respiratory illness that targets infants and toddlers has a backlog in pediatric wards across Oklahoma.

The backlog is not related to COVID-19, but respiratory syncytial virus (RSV). Health officials said the virus is in the middle of an early surge in Oklahoma and metro hospitals are feeling the brunt of it.

It was a terrifying ordeal state Representative Mickey Dollens (D-Oklahoma City) went through before with his then 2-week-old daughter.

"Late October, it could be the common cold," Dollens said.

Back in 2018, Rep. Dollens' newborn daughter, Elvy, didn't have a cold. She had something just as common but not as well-known.

"[My] daughter was hit hard and fast by RSV and three days before I had never even heard of it," Dollens said. “It's incredibly scary as a parent to see your infant daughter being carted away by an ambulance, labored breathing, almost lifeless."

RSV us spread through droplets or from hands touching faces. Children under two are most at risk to contract the virus.

"Runny nose, stopped up, fever, cough, challenges with breathing," OU Children's Hospital Chief Medical Officer Dr. Cameron Mantor said. “Symptoms that have been around for four to five days that don't seem to be getting better or are getting worse."

Typically, RSV becomes an issue for hospitals between November and February when respiratory illnesses are more common.

"I'll paint you a picture of what today looks like. We have about 275 children's beds,” Dr. Mantor said. “We have had several points over the past couple of weeks in which every single bed had a patient. Almost 50% of the kids that are admitted are admitted because of respiratory problems. About 10% are flu but 40% are RSV.”

A lot of those patients are transferred into metro hospitals from other parts of the state. Officials clarified the beds aren't full of only RSV patients, but the surge has strained statewide hospitals as they deal with the regular demand.

In order to help relieve some of that stress, the Oklahoma State Department of Health took away some red tape.

"To offer them the option to temporarily flex bed designation based on their specific situation within that hospital," OSDH Commissioner of Health Keith Reed said. "Taking the existing beds and being able to temporarily flex their designation on those beds. If their license says they have 20 pediatric beds and 80 adults' beds they could shift to more of a 70-30, a 60-40.”