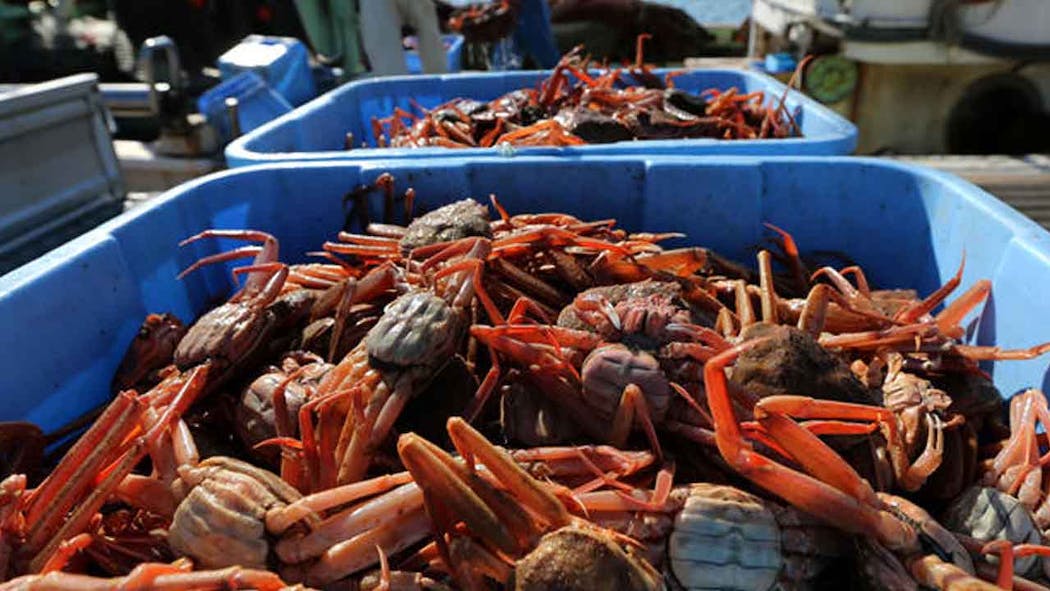 In a major blow to America's seafood industry, the Alaska Department of Fish and Game has, for the first time in state history, canceled the winter snow crab season in the Bering Sea due to their falling numbers. While restaurant menus will suffer, scientists worry what the sudden population plunge means for the health of the Arctic ecosystem.

An estimated one billion crabs have mysteriously disappeared in two years, state officials said. It marks a 90% drop in their population.

"Did they run up north to get that colder water?" asked Gabriel Prout, whose Kodiak Island fishing business relies heavily on the snow crab population. "Did they completely cross the border? Did they walk off the continental shelf on the edge there, over the Bering Sea?"

Ben Daly, a researcher with ADF&G, is investigating where the crabs have gone. He monitors the health of the state's fisheries, which produce 60% of the nation's seafood.

He also points to climate change. According to the National Oceanic and Atmospheric Administration, Alaska is the fastest warming state in the country, and is losing billions of tons of ice each year — critical for crabs that need cold water to survive.

"Environmental conditions are changing rapidly," Daly said. "We've seen warm conditions in the Bering Sea the last couple of years, and we're seeing a response in a cold adapted species, so it's pretty obvious this is connected. It is a canary in a coal mine for other species that need cold water."

Prout said that there needs to be a relief program for fisherman, similar to programs for farmers who experience crop failure, or communities affected by hurricanes or flooding.

When asked what fishermen can do in this situation, with their livelihoods dependent on the ocean, Prout responded, "Hope and pray. I guess that's the best way to say it."