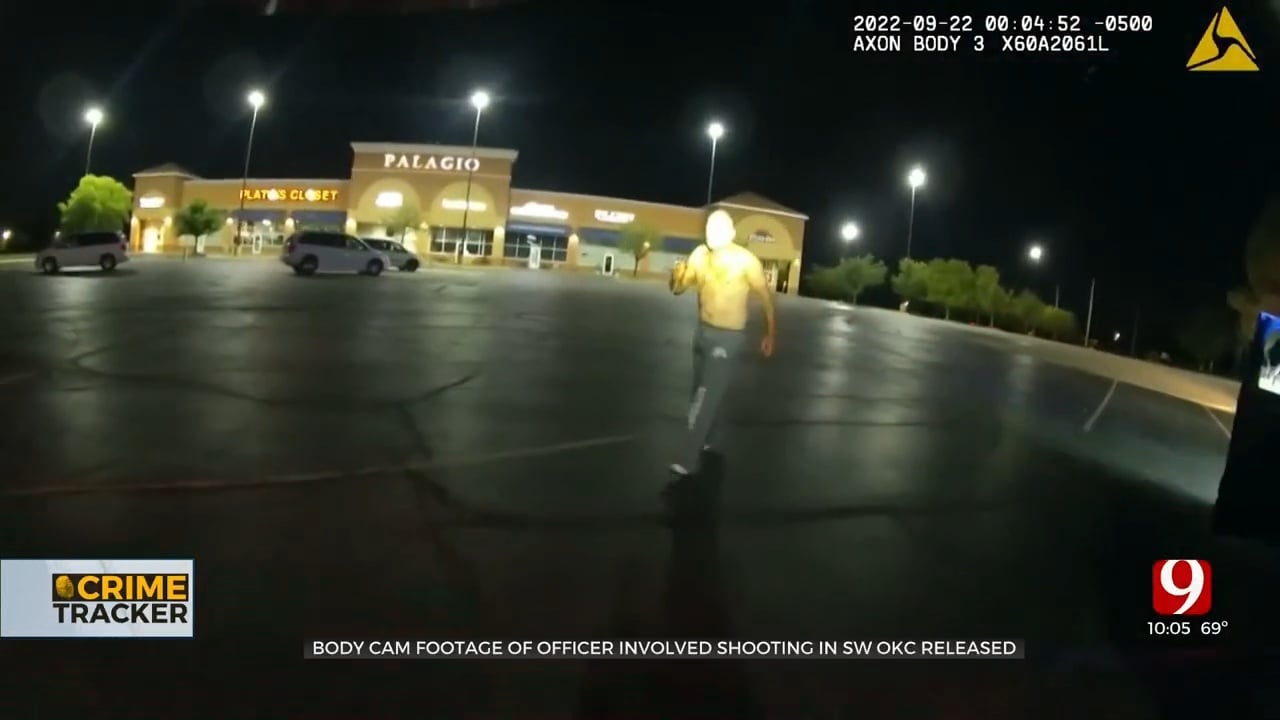 An Oklahoma City police officer shot a stabbing suspect as they approached with a knife while refusing orders to drop the weapon.

The Oklahoma City Police Department released an edited video of the incident, which occurred just after midnight on Sept. 22 in Southeast Oklahoma City.

Police had identified Christopher Brittain, 43 of Newcastle, as a suspect in a trailer home stabbing in Southeast Oklahoma City. A female victim told officers Brittain went “crazy” and stabbed her in the chest, causing her lung to collapse, according to a probable cause affidavit.

Sgt. Julian Barrie pulled Brittain over in a parking lot near SW 104th and S. Western Ave. about 30 minutes after the stabbing, according to police. Immediately after Brittain stopped, the video shows Brittain getting out of his car and approaching Barrie while holding a knife.

Sgt. Barrie is heard on the video shouting commands including “stop,” “get your hands up,” “stop, you’re doing to get shot,” and “drop the knife.” Brittain repeatedly said “no” on the video, and once said, “get it over with.”

About 16 seconds after he got out of his vehicle, Sgt. Barrie fired one shot which struck Brittain in the face. The officer immediately calls for an ambulance, puts on medical gloves, and puts Brittain in handcuffs.

Sgt. Barrie remains on administrative leave as OCPD continues its internal investigation. Once the report is complete, Cleveland County District Attorney Greg Mashburn will decide whether the shooting was justified.

Mashburn’s office has already charged Brittain with two felonies: domestic assault in connection to the trailer home stabbing, and assault with a deadly weapon against Sgt. Barrie.