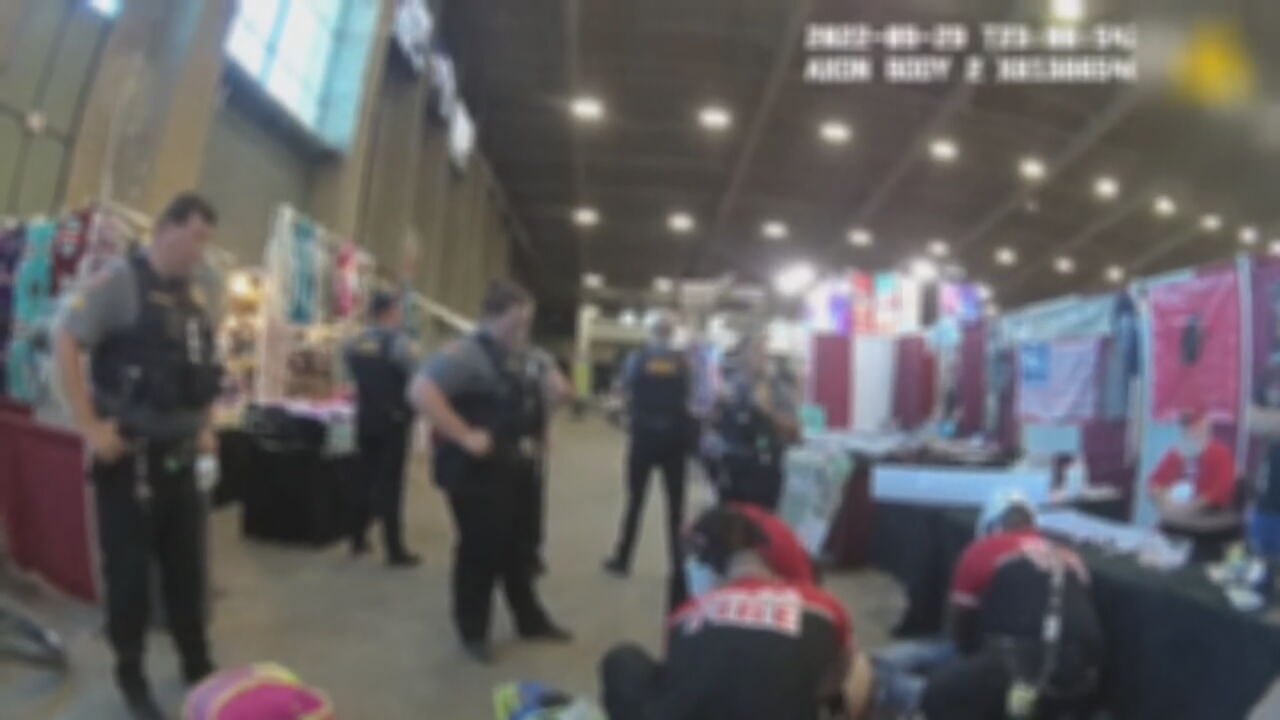 A Tulsa County Deputy saved a man who had a heart attack at the Tulsa State Fair and there's body camera video of the save.

The video shows a terrifying moment for fairgoers who watched as a 59-year-old man went into cardiac arrest. A frantic woman ran toward deputies Thursday evening, yelling for help.

She took Sgt. Scott Streeter to the lower level of the SageNet Center where a good Samaritan had already started doing CPR.

"Checked for a pulse while the gentleman kept doing chest compressions and wasn't getting a pulse. Wasn't breathing," said Sgt. Streeter. "To me, he's more the hero than I was. He was there from the beginning."

Sgt. Streeter said the man was purple and had no pulse. Soon after Streeter took over the man raised his knees.

"Continued doing chest compressions and it wasn't shortly after I started maybe 15-20 seconds, he started moving a little bit, so I stopped, checked for a pulse. He had a pulse. He started getting color back in his face cause when I arrived, he was kind of purple," said Sgt. Streeter.

Streeter said he helped the man lay on his side to prevent him from choking and watched as life came back into the man's body.

"Gradually we turned him over to what we call a recovery position, which is on their side so if they spit up or do anything it's easy and they don't drown on it, swallow it," said Sgt. Streeter.

The man is recovering, and Streeter is ready to respond the next time he's needed.

"Been doing this a while, plus I used to be an EMT way back in the 90s. Been on a few calls here and there," said Sgt. Streeter. "It's always special when you get to do something like that. It's just that you don't see yourself the way other people try to portray you. You know for me, it's what I'm here to do."

Sgt. Streeter said based on what he was told, he believes the man stayed in a hospital Friday night and went home the next day.

Deputies said they have responded to many medical related calls at the fair this year.

"You know people don't think of the temperatures in the mid 80s to be that hot but if you're not drinking water and you're out here on this hot concrete, you get around the food vendors where the ovens and the fryers are going it just gets hotter and hotter, the longer you're out here. So, drink water. Drink lots of water and stay hydrated. You may not think much about it, but you'll still go down with heat exhaustion," said Sgt. Streeter.