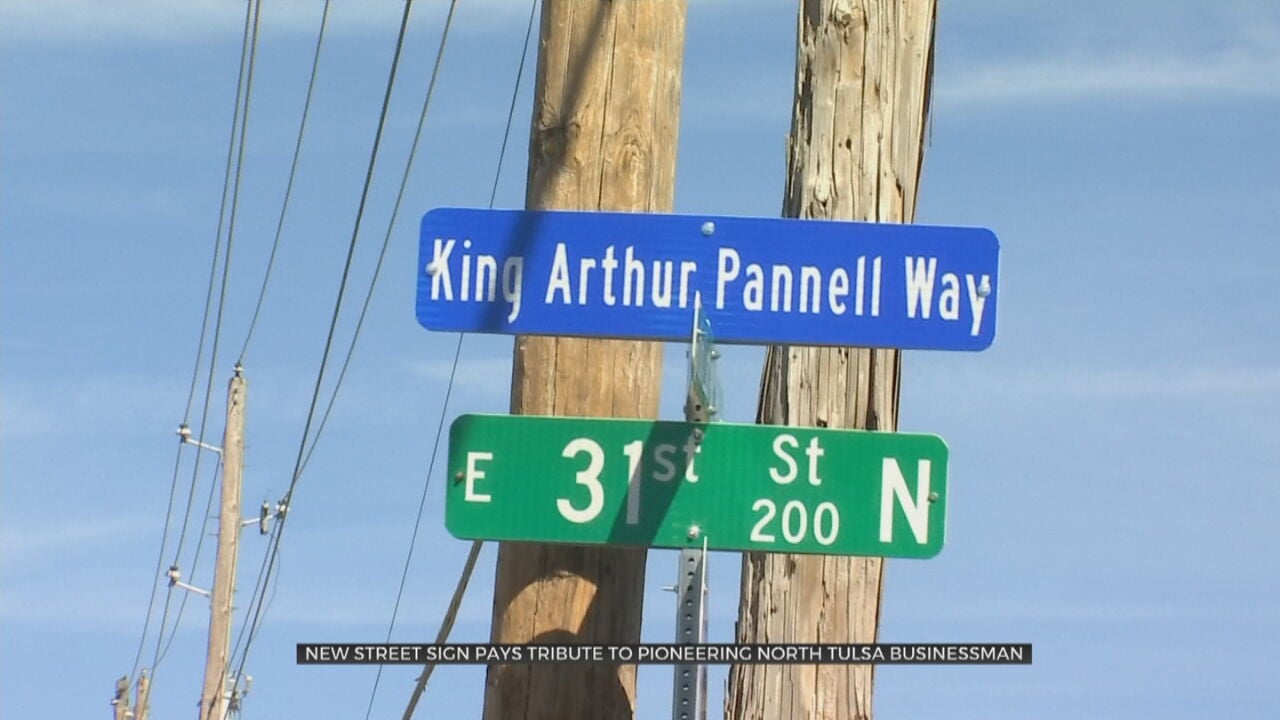 A new sign located at 31st Street North and M.L.K. is paying tribute to a man who is known for his work with the Tulsa community.

Arthur Pannell opened his restaurant "King Arthur's" at the intersection in 1974.

Pannell spent the next 30 years hiring and mentoring generations of workers.

"He has made a tremendous impact on the community, from young to old. And so it's just an honor to be here," said Pannell's granddaughter, Vashonda Sherra Pannell.

King Arthur's closed in 2008, but the Pannell family says there are plans to bring it back as a food truck.