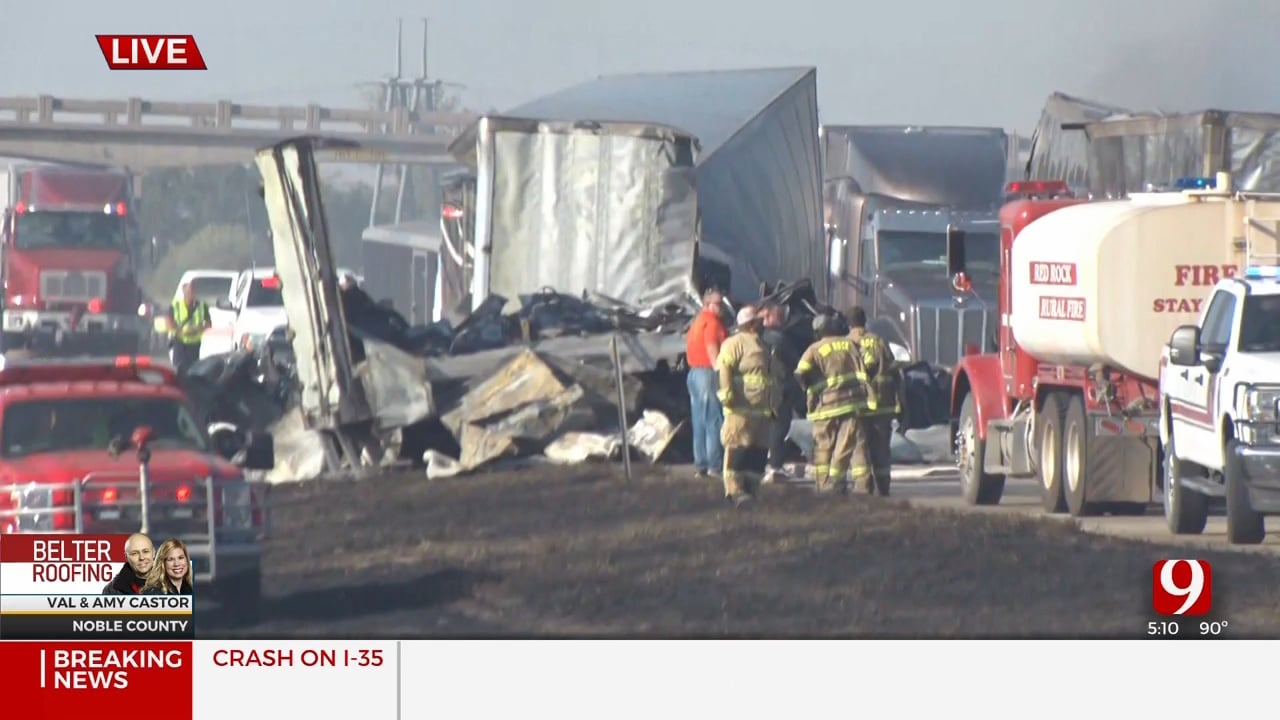 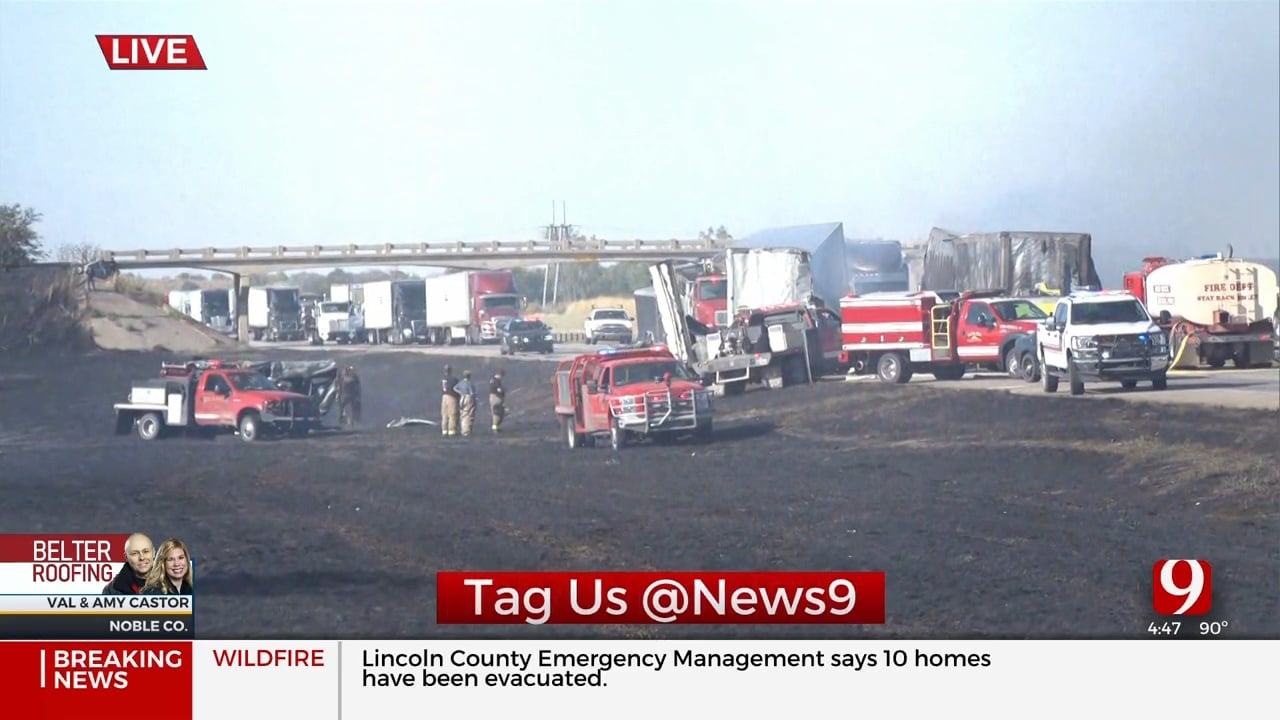 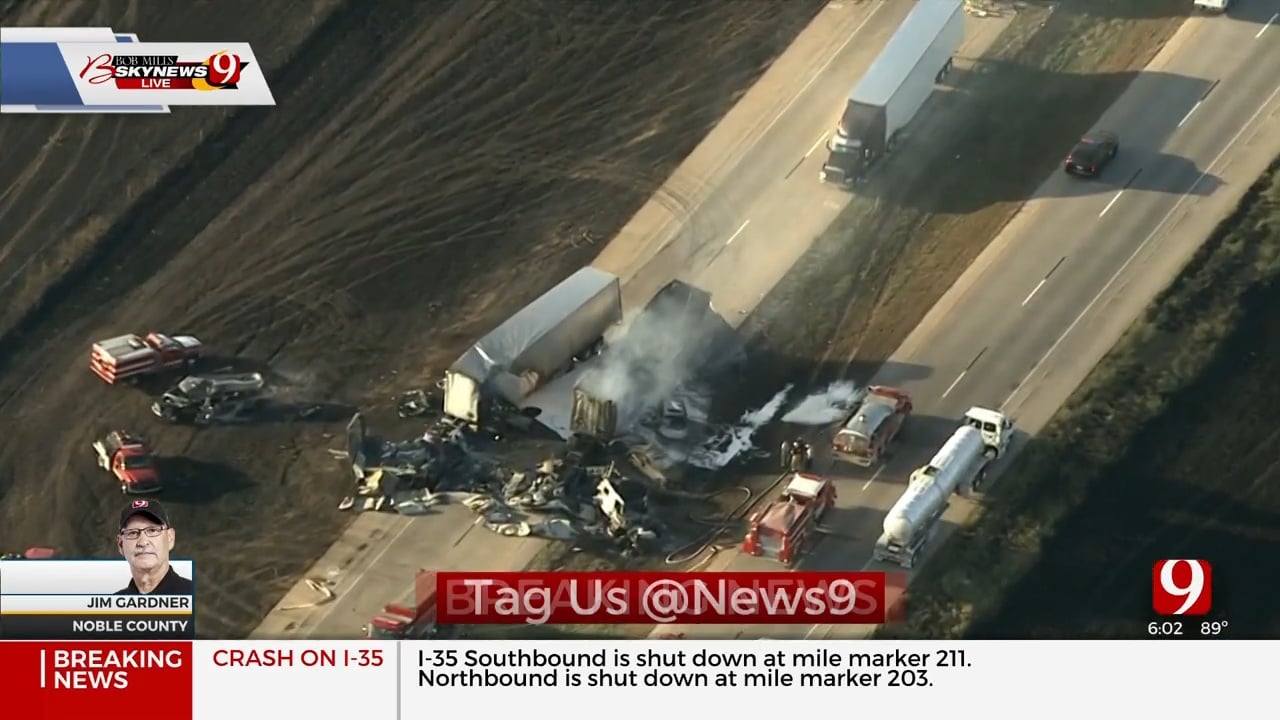 Medical Examiner On Scene Of Large Crash On I-35

News 9 Storm Trackers Val and Amy Castor have an update on the ground near a serious crash Tuesday afternoon in Noble County.

Troopers said at least one person has died while an unknown amount of others have been transported to nearby hospitals in critical condition.

According to the Oklahoma Highway Patrol, four semitrucks, two motor homes and two commercial vehicles are involved in the crash along Interstate 35 between Perry and Tonkawa.

A male driver of one semitruck told troopers that he began slowing down as smoke from a grass fire came across the interstate when he felt impact on the rear of the semitruck.

The impact is what began the multi-vehicle collision, authorities said.

"It's heart-wrenching, to say the least," Castor said.