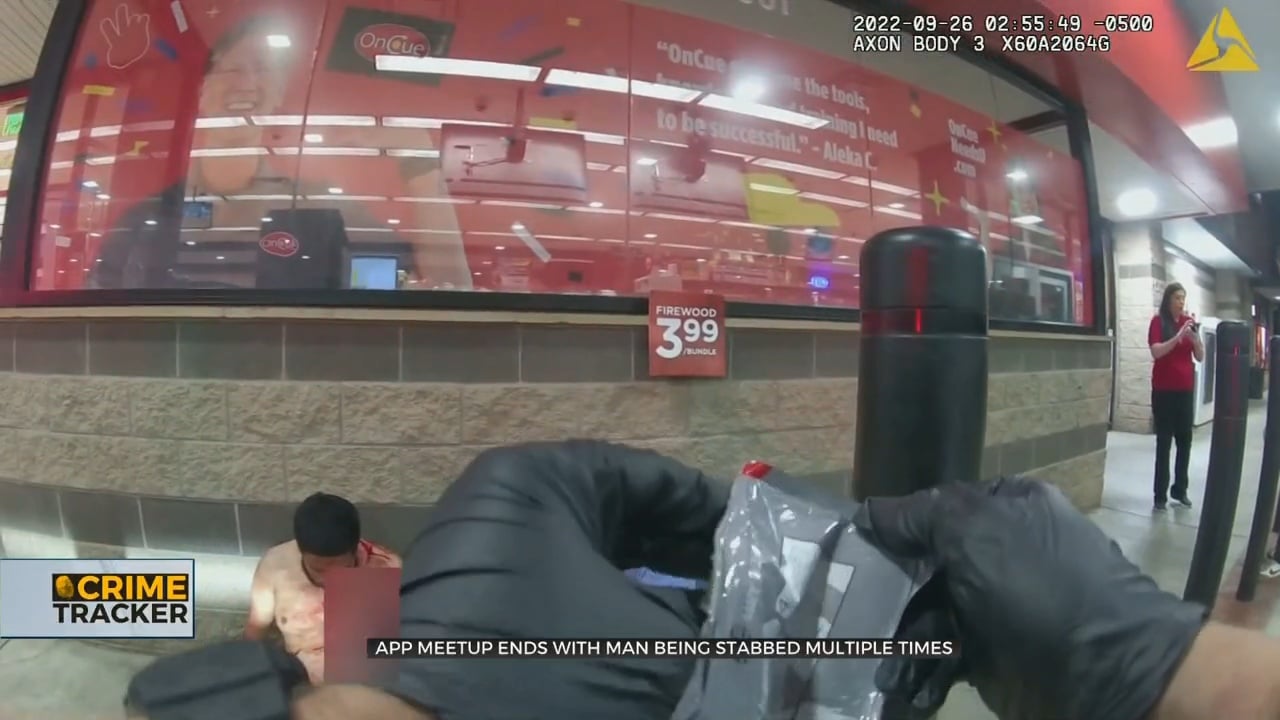 A meetup through a phone app on Monday turned into a brutal stabbing on the city's northwest side, according to Oklahoma City police officials.

Officers found the 23-year-old victim around 3 a.m. barely conscious and bleeding in front of an OnCue store on the Northwest Expressway near Portland Avenue.

Related: Man Attempting To Meet Up With Date Stabbed In Carjacking

The officer's body camera footage of the stabbing victim is graphic. The man seen by the victim’s side told officers he was pumping gas at the OnCue when he noticed the victim sitting at the front of the store.

Officers started first aid and called for an EMSA ambulance. The victim was transported to OU Medical Center. Police said he was expected to survive.

Meanwhile, another investigation began at an apartment complex on Northwest 63rd Street near MacArthur Boulevard.

“It started out with him meeting somebody o an app and agreeing to meet them in person,” Oklahoma City Police Department Master Sergeant Gary Knight said.

The meeting turned into an attempted carjacking and stabbing.

“The suspect ordered the victim to give up his vehicle,” Knight said. “The victim refused and was stabbed multiple times. The suspect fled.”

Police said the victim drove himself to the gas station where he collapsed.

The incident on Monday morning was not first time a phone app meetup has turned violent.

“We’ve seen that all too many times recently,” Knight said.

A teenage robbery suspect was arrested two weeks ago following an attack in northwest Oklahoma City. The victim thought he was meeting a Tinder date at a motel.

Instead, he was ambushed by the suspect and choked unconscious.

“Meet them at a public place whether it’s a coffee shop or restaurant or movie theatre,” said Knight. “But don’t just show up at an apartment complex late at night or a hotel late at night.”