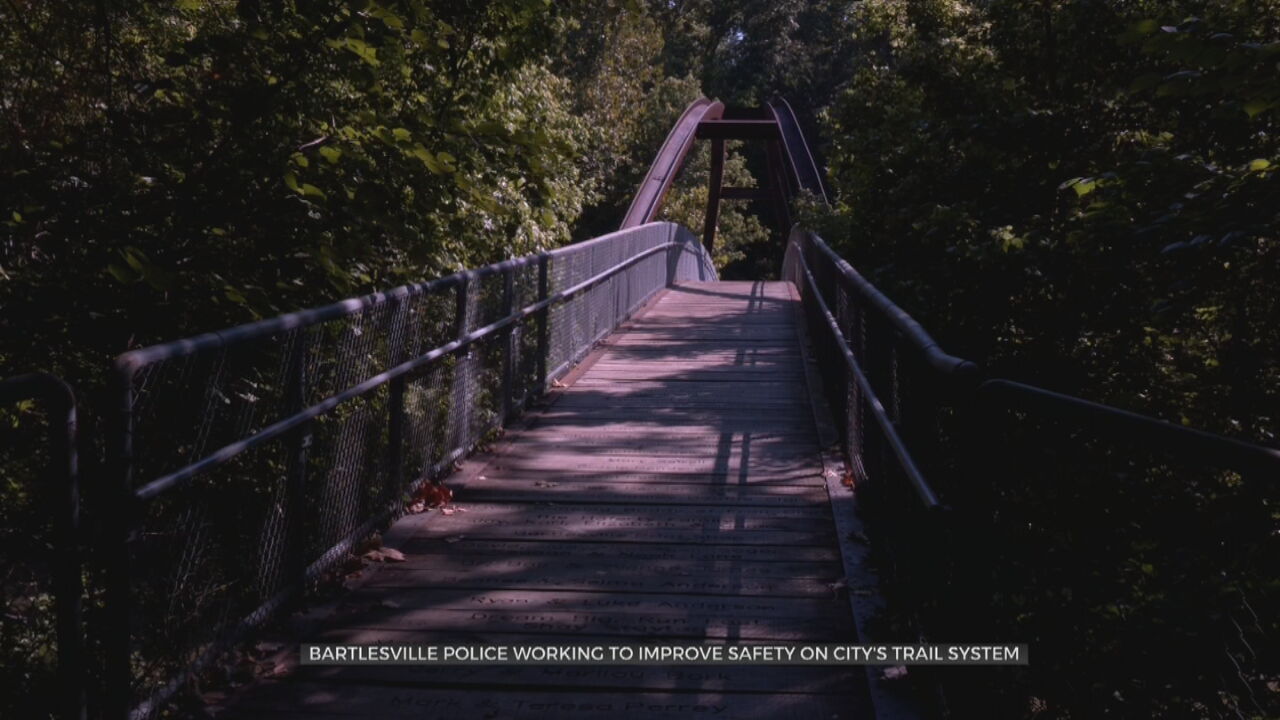 The Bartlesville Police Department (BPD) is looking at ways to bring back bike patrols to the Pathfinder Parkway. The decision comes after concerned citizens came up to the police department during a town hall meeting and asked why the police didn't patrol in the first place.

The Pathfinder Parkway is a 12-mile trail system that runs through the city of Bartlesville and connects Johnstone, Robinwood, Jo Allyn Lowe and Sooner parks. City leaders say the trail system is used for walking, running, bicycling, hiking and more.

Captain Jay Hastings from the Bartlesville Police Department said that the Pathfinder Parkway used to have officers patrolling when it was newer. Now that citizens have brought up safety concerns, the police department is looking at ways to bring the patrols back.

Since the issue was brought to BPD's attention, the department has one community service officer who is out on patrol a few times a day.

"We’ve got a community service officer who works parking enforcement and he also works city court, municipal court and he drives a vehicle that’s smaller and fits on the path. We’ve got him coming out here just randomly during the day once or twice and just patrolling," Cpt. Hastings said.

So far, the response to the move by BPD has been positive. The department is also looking to find a more permanent solution for patrols and Cpt. Hastings said that several officers have already expressed interest in being a part of that patrol team.