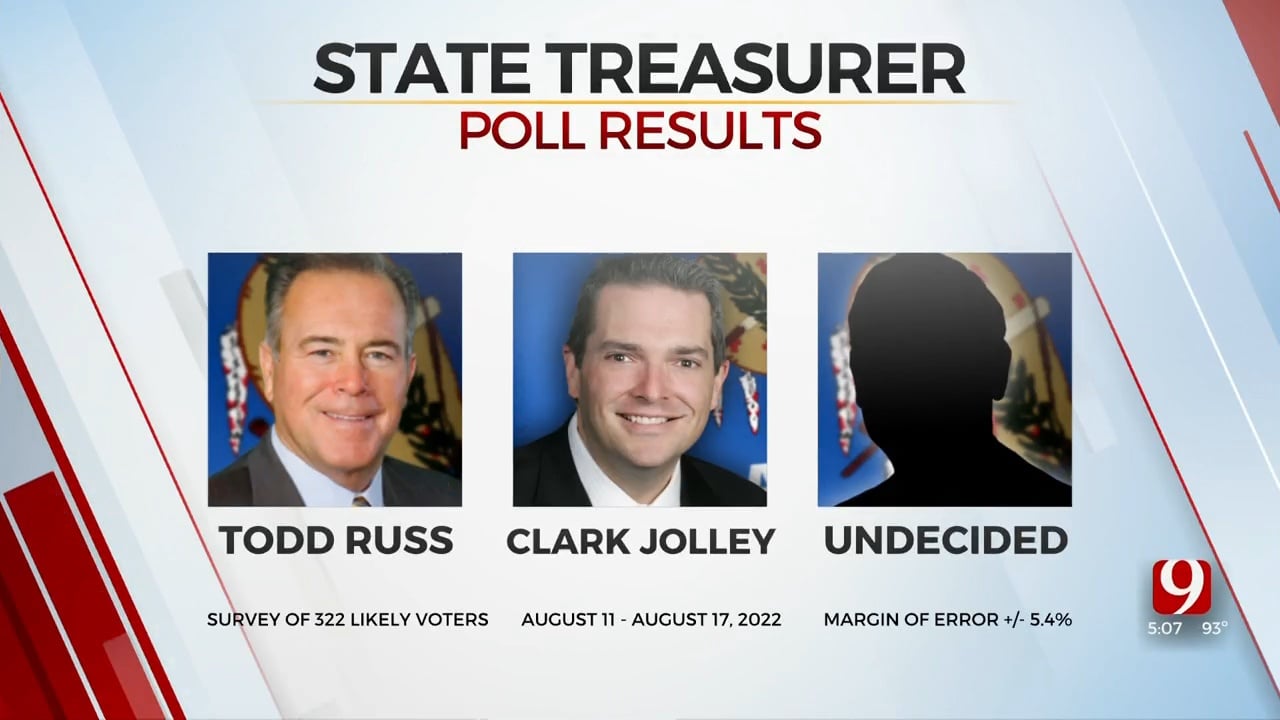 The race to win the Republican nomination for state treasurer in Oklahoma is a toss-up, according to a poll released Friday afternoon.

Poll analyst Kyle Loveless said that Jolley had been down significantly earlier but has since caught up. Loveless added that Jolley appears to be winning the undecideds, too.

As of August 19, there were still 34 percent of likely Republican runoff voters 'undecided' ahead of Tuesday's runoff election. The poll was conducted August 11-17. In all, 322 Republicans were polled.

The winner will face off against Democrat Charles de Coune and Libertarian Greg Sadler in the Nov. 8 general election.