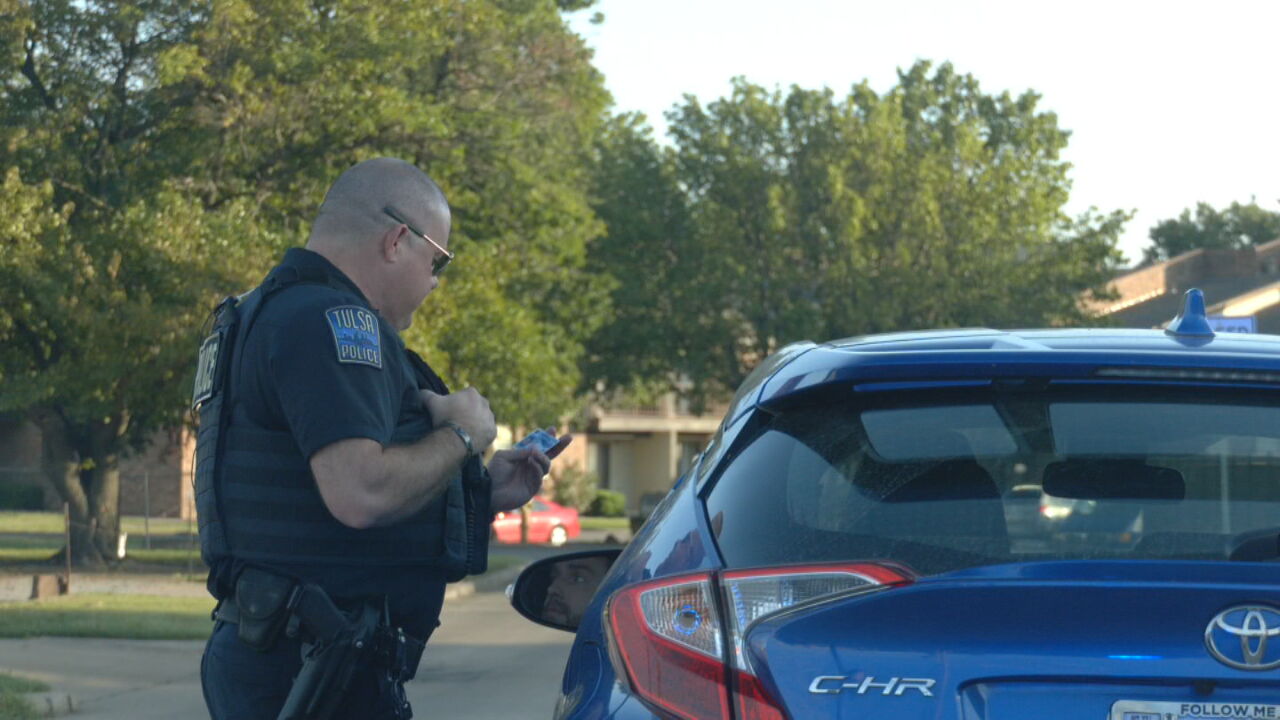 Most Green Country schools are back in session, meaning you need to slow down, stop for buses, and watch out for students crossing the road.

News On 6 rode with Tulsa Police as they patrolled Tulsa school zones during the first morning of back to school traffic. We saw many cars going more than ten miles per hour over the 25mph limit.

We spent an hour in front of Nathan Hale High School, watching car after car speed through and many drivers ended up getting a ticket.

Tulsa Police Lieutenant Paul Madden said this is common on the first day of the new school year.

“Pay attention to your schools and school zones on your commute, know where your schools in your neighborhood are at,” Madden said.

He said a lot of Tulsa kids walk to school, making slowing down for cross walks extremely important.

“Most cars weigh about 6,000 pounds and I don’t know how much the average third grader weighs, but its not 6,000 pounds, there is going to be a loser in an auto versus pedestrian collision and its going to be the child,” Madden said.

“We need to obey those, we need to stop when the lights are flashing or stop signs are out, cars need to stop because kids are either getting on or off a bus,” Bell said.

Both Tulsa Police and Tulsa School leaders said they want people to slow down and pay attention in those zones because it's not only the law, it could save someone's life.

If you are concerned about people speeding excessively through a specific school zone, you can report the area to Tulsa police at trafficsafety@cityoftulsa.org.