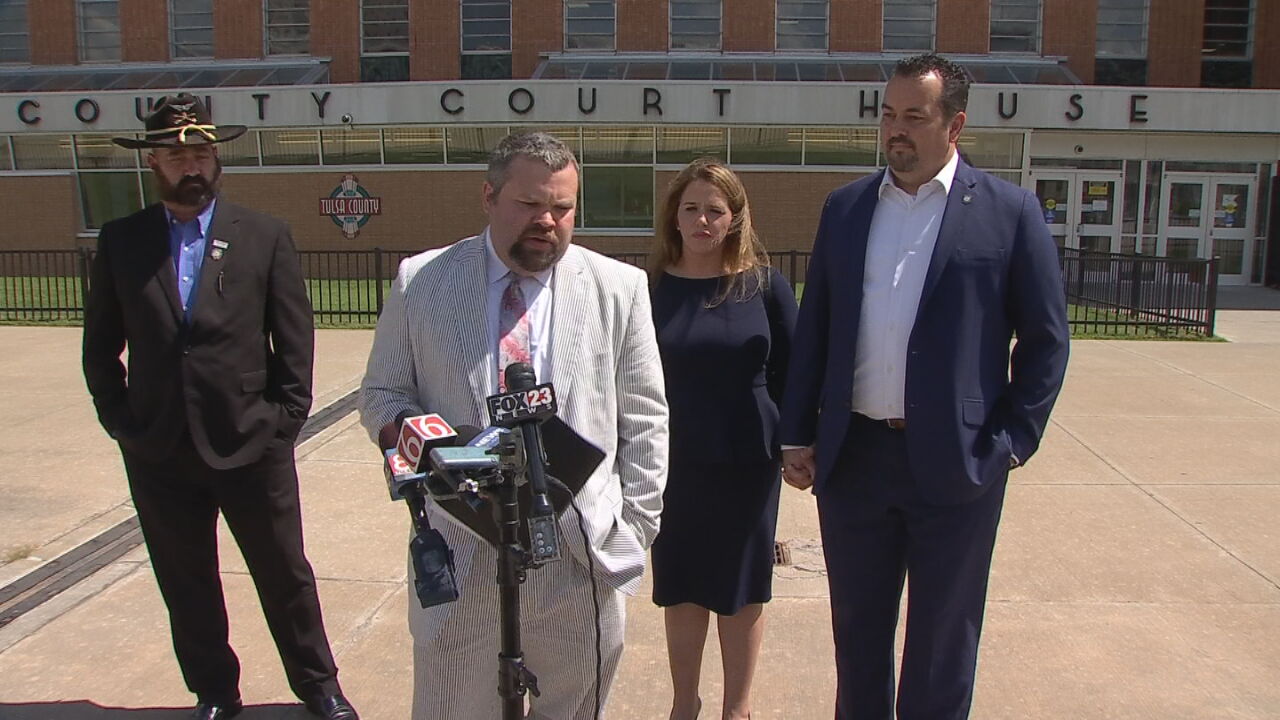 State Representative Sean Roberts said he's suing a fellow member of the house for slander after she brought up domestic allegations made against him 20 years ago during his divorce.

Five lawmakers recently called for Roberts to drop out of the republican run-off for Labor Commissioner based on those old allegations.

Sean Roberts' attorney said Roberts has run for office many times and this has never come up.

He believes the accusations that began circulating just weeks before the runoff election are only meant to swing the election in favor of Leslie Osborn.

"It was a lie," said Scott Loftis, Attorney.

"Do you deny all accusations?" News On 6 asked.

"In divorce proceedings it's a common place for false allegations to be made by litigants and unscrupulous attorneys to gain an advantage in child custody proceedings and for distribution of property," said Loftis.

Attorney Scott Loftis said the lawsuit against state representative Carol Bush addresses allegations she made at a press conference.

"The accuser in this case was an ex-wife who has since retracted her statements of 20 years ago," said Loftis.

Loftis also said a recent Advertisement from his opponent Leslie Osborn is defamatory.

"A shocking statement by his then wife. 'He punched me in the mouth. He has pushed, slapped, and kicked me, even while I was pregnant,'" claimed the advertisement.

Osborn issued a preemptive statement: "Mr. Roberts reference to “allegations” is preposterous...if he is referring to the ad my campaign is running. All information regarding his reprehensible conduct is either taken verbatim from his divorce proceedings or represent sworn statements by his ex-wife. Is he accusing her of lying?"

In a letter dated August 1st, Robert's ex-wife Jennifer said in part, "I have nothing bad to say about him. Sean is a good parent and helped co-parent our two boys."

"I think it is disgusting that these ladies are trying to break up two families over this with dirty politics. Disgusting lies is what it is," said Amber.

News On 6 reached out to State Representative Carol Bush for comment and have yet to hear back.