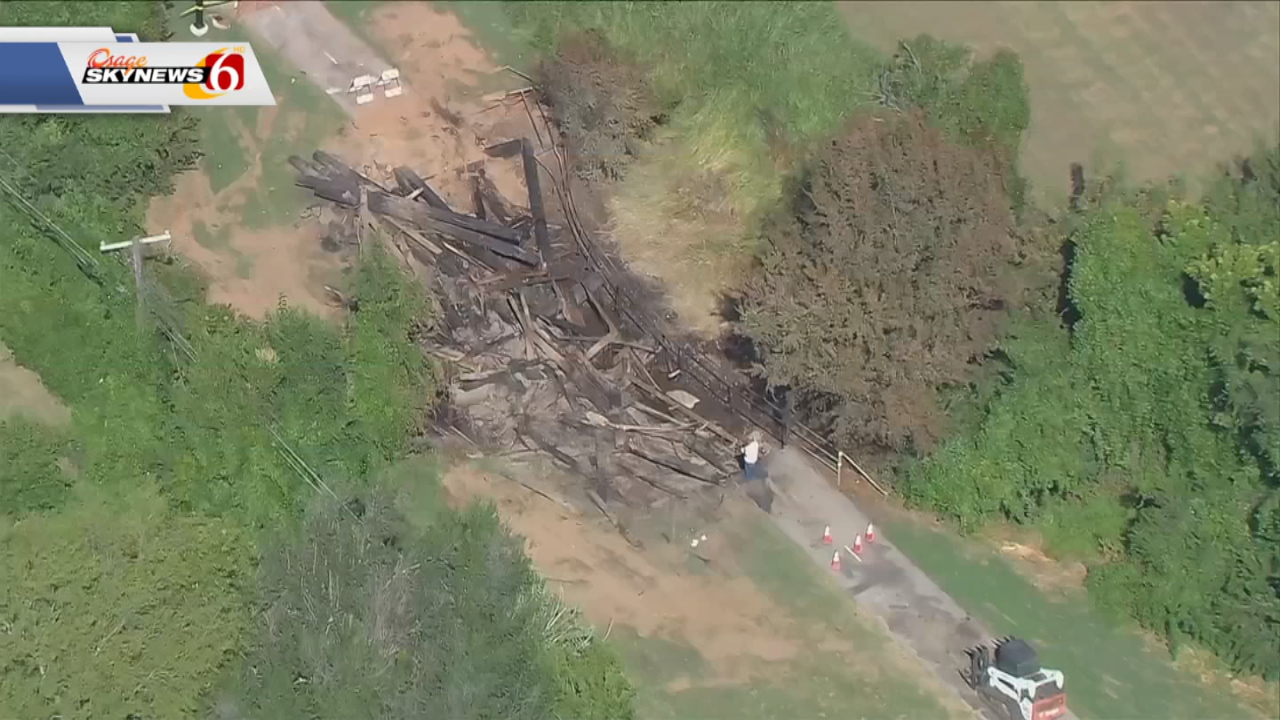 The Tulsa Fire Department says a fire destroyed the old wooden railroad bridge on Katy Trail, which is located in Sand Springs near West 49th Street and West 3rd Street.

Riverparks Authority Executive Director Matt Meyer said they were devastated to learn a historic former railroad bridge is now in pieces. He said he believes it was the first “Rails to Trails” project in Oklahoma. The project turns old railroads into paved walking trails.

Jayme Bozone lives nearby, she said this section of the trail was popular with cyclists.

“The biking community is so huge, we see riders constantly, it will be a huge impact for them to have to detour around this its sad for everybody involved,” Bozone said.

Bozone said some good could come out of this, she said the area has become dangerous and hopes the city will make some changes so the trail can be enjoyable for everyone once again.

"It’s heartbreaking,” Bozone said. “But hopefully this will bring enough attention to it that we can get assistance and make it a safe environment for everybody.”

Meyer said they will be replacing the bridge, but it's too soon to know when that will happen.

“It won’t be a wooden bridge that people can burn, we can put in a concrete box or two that would work just fine",” Meyer said.

Firefighters say they don’t know what caused the fire and it is under investigation.