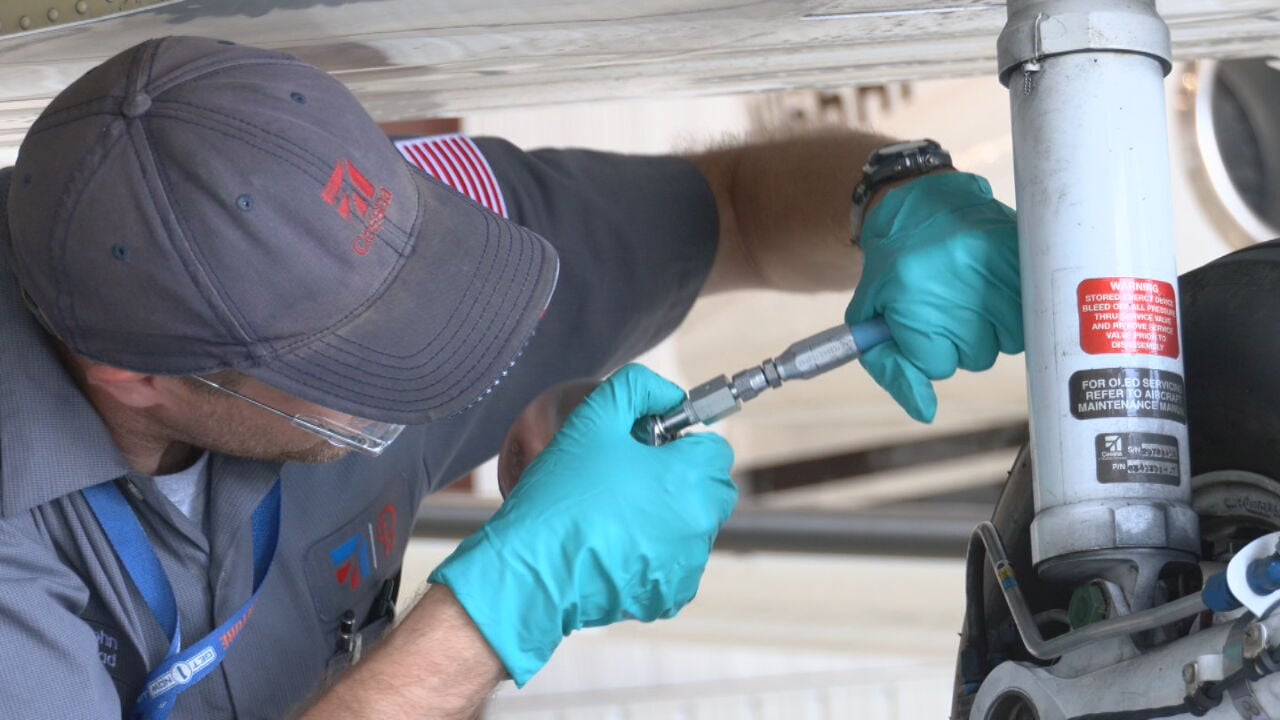 The soaring aviation industry is having its wings clipped by a shortage in airplane mechanics.

Aviation is one of the biggest industries in Oklahoma - second only to oil and gas.

With several tech schools in Tulsa, the city graduates hundreds of aviation mechanics each year.

“The aviation industry is booming right now. The airlines are busy, corporate aviation is busy, the flight schools are training lots of pilots," Bill Christiansen, the owner of Christiansen Aviation said.

Growth in the aviation industry means more flights and more hours in the sky.

“Each airplane has to have an inspection every hundred hours of flight. And each year it has to have another inspection called an annual inspection. And the issue right now is that there aren’t enough mechanics," he said.

It's a big problem around the globe but Tulsa is playing a part in the solution.

“We’re trying our best to fill that hole as much as we can," she said. “A huge percentage of the population of current employed mechanics are literally aging out of the workforce ... So we need to start filling that gap ... There’s never been a better time to be in the aviation aerospace sector.”