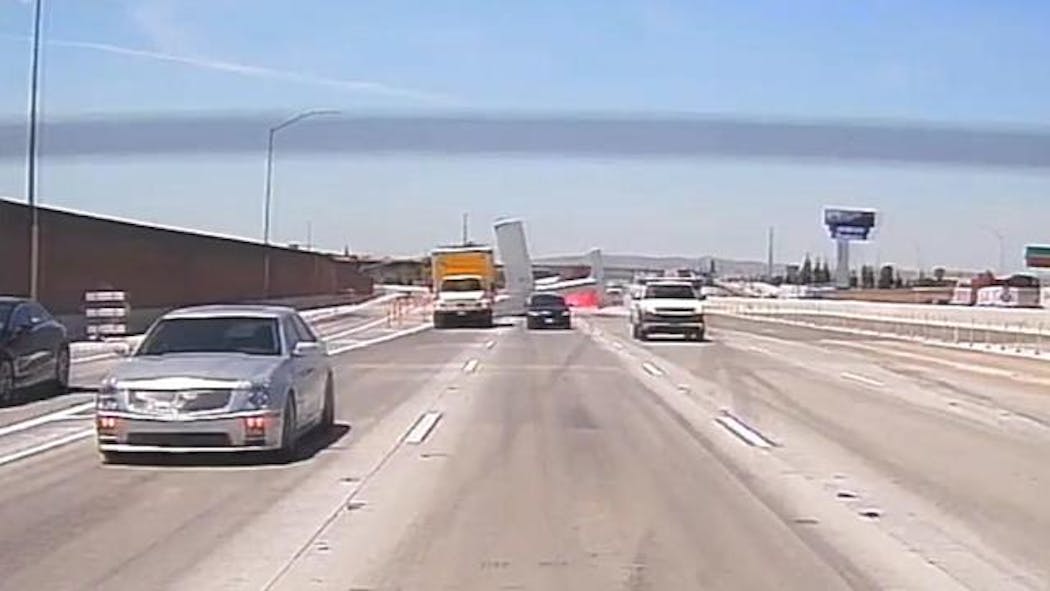 A small plane crash-landed on a busy Southern California freeway Tuesday afternoon and burst into flames. No injuries were reported.

The plane carrying two people landed on the 91 freeway in the city of Corona at about 12:30 p.m. PT, according to the Federal Aviation Administration.

Video obtained by CBS News showed the plane coming down hard in between traffic and bursting into flames as it skidded into the far right lane and crashed into a barrier wall. Additional footage showed Corona Fire Department crews attempting to douse large flames.

The two people aboard got out safely and were uninjured, the fire department said. California Highway Patrol told CBS Los Angeles that the plane struck at least one vehicle, a pickup truck, but there were no reports of injuries to anyone on the ground.

The FAA will investigate what caused the plane to come down.

Corona is located in Riverside County, about 50 miles east of Los Angeles.